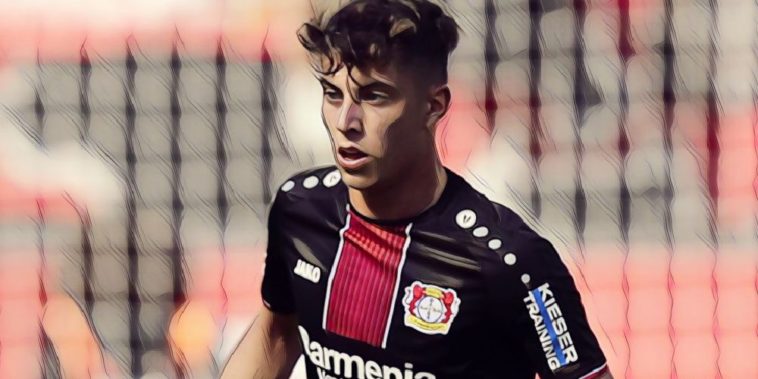 Bayer Leverkusen’s Kai Havertz admits he would open to a move ‘abroad’ amid speculation that Manchester United are interested in the midfielder.

The Germany international has emerged as one of the most promising prospects in world football since breaking though at the Bundesliga side, the 20-year-old scoring 17 goals in just 34 league appearances for Leverkusen last season.

Havertz has been strongly linked with a move to German champions Bayern Munich at the end of the season, though the likes of Barcelona, Manchester United and Liverpool have also been credited with an interest.

Whilst the youngster admits ‘you can’t go wrong’ with a move to Bayern if you want to become a star in his homeland, Havertz suggested he is open to the possibility of moving abroad as he continues to be linked with some of Europe’s biggest sides.

“They’re probably the biggest club in Germany and there are many players that were very successful at a young age that went there,” he said in an interview with Marca. “Therefore, I get linked with Bayern, but we’ll see what happens.

“There are players that want to stay close to their family and others say, ‘I want to live in another country’. There’s something clear: if you want to be a star in Germany, you can’t go wrong with Bayern

“I think I’ve picked up enough international experience at Leverkusen. I know the rhythm of these international matches and I’m confident that I can go abroad at any moment and play at clubs outside of Germany.

“For the moment, I want to have a good season. Afterwards, we’ll see.”