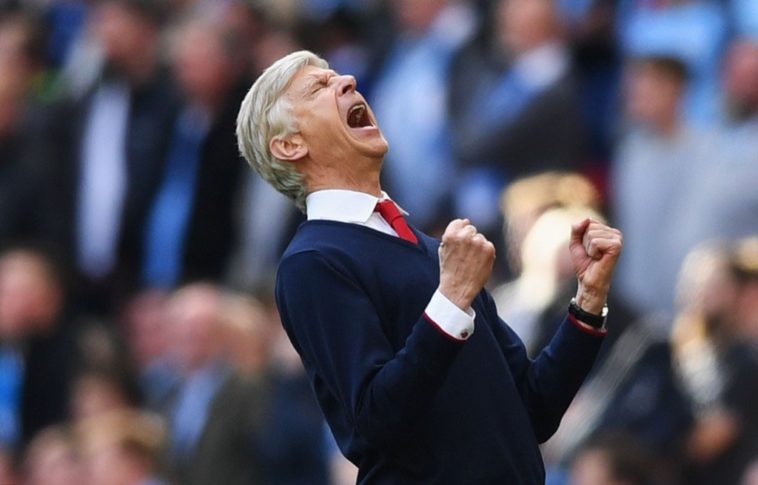 Arsenal are into the FA Cup Final after a convincing win over Manchester City at Wembley on Sunday. Two back to back wins over Boro and City has finally given the fans something to cheer about, have Arsenal found the winning formula?

It is far too early to give a definitive answer to this question after just two games, but the change in formation has worked out so far for Arsenal it seems.

Arsenal have been conceding a lot of goals this season especially since the turn of the year. With Mustafi nowhere near his best, Arsenal’s defence was a bit too vulnerable recently and something had to be done.

This lead to Arsene Wenger giving one last throw of the dice by trying something new, a 3-4-2-1 formation providing much more defensive stability.

Rob Holding, Laurent Koscielny and Gabriel Paulista had a very good game against City. The trio had to be at their best if Arsenal were to have any chance against the likes of Agüero, Sane and De Bruyne. This is exactly what happened.

Rob Holding, the young English centre back, was particularly very impressive. Gabriel as well, with a couple of match saving tackles.

The defensive trio have done well so far and compiment each other’s game pretty well. When Skodran Mustafi returns from injury, he sure will have to fight for a place in the back 3.

More help for Xhaka and Ramsey

Arsenal have struggled and failed to find a good midfield duo combination since Cazorla’s injury. The new formation, with four in midfield, gives Xhaka and Ramsey two more wide options and the additional help they might have been needing all season.

Nacho Monreal gets more license to get into an attacking position, which he doesn’t quite get while playing in defence. His goal against City speaks for it. You might not have seen Monreal ever play so deep into the opponent’s box while at left back all season.

Oxlade Chamberlain, Arsenal’s best player in the second half of this season can also get more involved in the game, playing just alongside Xhaka and Ramsey. This saw him put in another Man of the Match performance against City.

Hector Bellerin, one of Europe’s best young right backs, has seen himself drop to the bench since Wenger has resorted to the 3-4-2-1.

With Oxlade Chamberlain at his best playing on the right side, Bellerin’s game time will be reduced. He can expect to come off the bench in a lot of games if Arsenal are to stick with this formation. Bellerin did start his career as a right winger, so Arsene should try him out on the right side.

Giroud hasn’t looked particularly comfortable with this change however. This formation seems to suit a more mobile striker, someone like Danny Welbeck. Giroud is a player who likes to be in the box. He prefers to wait for the ball, rather than running with and without the ball.

With important games coming up against Leicester, Tottenham and Manchester United, I personally think they should stick to a back three.

It is too early to say if the new formation is a long term solution for the Gunners. However, I certainly think it is worth continuing with until the end of the season, as Arsene Wenger tries to salvage the most out of a disappointing campaign