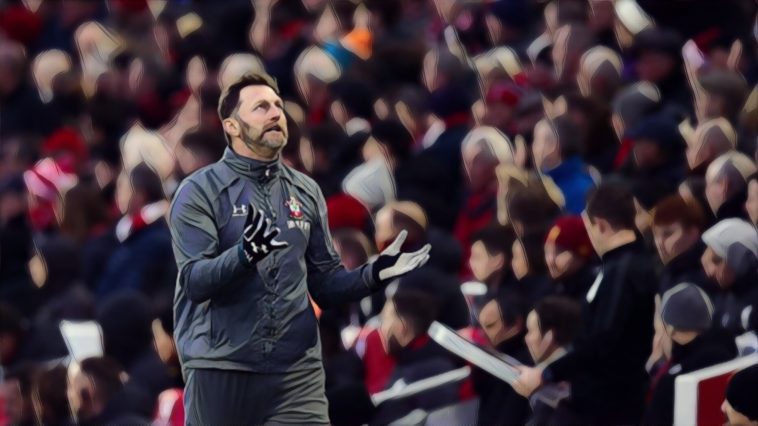 Southampton suffered a battering on Saturday, losing 4-0 to Liverpool at Anfield, but manager Ralph Hasenhuttl was philosophical about the result.

The Saints can count themselves quite unlucky to have been on the receiving end of such a heavy beating, having matched their more illustrious hosts punch-for-punch for much of the encounter.

It was scoreless at half-time, but Southampton looked the more dangerous at that point, taking ten shots compared to Liverpool‘s eight, with a number of them coming from inside the box. At this point it was difficult to discern who was the home team, but the Reds pulled away after the interval.

The champions-elect scored the opening goal through Alex Oxlade-Chamberlain in controversial circumstances, going up the other end of the pitch to score after the visitors were denied what they felt was a clear penalty.

From there they made their dominance in possession count, as Jordan Henderson scored the side’s second, before a Mo Salah brace firmly put the game to bed.

Speaking to BBC Match of the Day after the match, Hasenhuttl tried his best to put a positive spin on the result, emphasising how well his side played in the face of such a powerful team.

“It was clear after the goal they get more space. I think we played the best we can, working against the ball like a top team,” the Austrian said.

“The 10-15 seconds of the decision-making was too short for me because it’s not that easy to see. We had a lot of things today where we entered the box and should have scored but didn’t. You need a perfect game [against Liverpool] .

“Congratulations to Liverpool. We tried to press them and make early pressure. It was a nice to watch game. To play in this ground is a massive experience for everybody. We could not take points but I enjoyed it.”

The last time Liverpool lost at Anfield in the league was April 13, 2007, when Crystal Palace beat them 2-1, while they also matched Manchester City’s record of 20 home wins in succession on Saturday afternoon.

Read: Every Liverpool defeat since the beginning of last season

See Also: Six Premier League records that could be smashed this season