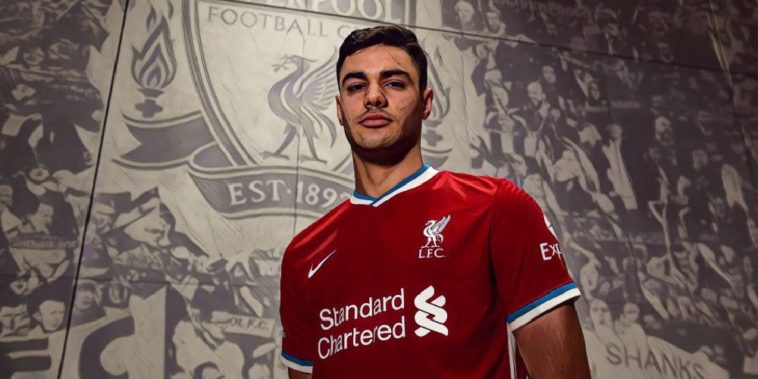 Former Liverpool midfielder Didi Haman has opened up on why he believes Reds new boy Ozan Kabak will be well suited to the Premier League.

Following injuries to Virgil Van Dijk and Joe Gomez earlier in the season, the champions finally managed to bring in some much-needed reinforcements, with centre-back duo Ben Davies and Ozan Kabak arriving on deadline day from Preston and Schalke, respectively.

While 25-year-old Davies was a shock acquisition from the second tier, the addition of Kabak has been rumoured for a while, with the Turkish international having impressed in the Bundesliga in recent seasons.

The 20-year-old has joined the club initially on a loan deal until the end of the season, with the club having the option to make it a permanent move for £18m plus add-ons.

The defender – who’s already been handed seven caps by his country – will likely be thrust into the side quickly, with usual midfielder Jordan Henderson currently being forced to slot in at the heart of the defence.

While it will be a big ask for the former Stuttgart defender to quickly get to grips with English football, Champions League-winning midfielder and former Germany international Didi Hamann believes that the player will actually be more suited to the rigours of the Premier League than he was to the German top-flight.

“He is a physical player, loves to wrestle and the English league will suit him better than the Bundesliga,” Hamann told the Mail.

“He’s very capable, I like him. He can be a bit rash but he is good enough to step up even though he’s young.”

Hamann – who also spent time with Manchester City during his playing days – has also offered his opinion on Liverpool‘s current situation, the 47-year-old admitting that Jurgen Klopp’s side have been hugely affected by the absence of Henderson and Fabinho in midfield, with both men being deployed at centre-back in recent months.

“The priority won’t be winning the league but finishing in the top four,” he said.

“Manchester United and Leicester aren’t going anywhere, Chelsea have had a bounce — Liverpool have their hands full.

“Any team in the world would miss Virgil van Dijk. You rarely saw Liverpool countered when he played. He’d clean up. Joe Gomez has had a lot of injuries for a young player, now there’s no Joel Matip either.

“Using Jordan Henderson and Fabinho as cover has had a major impact. They used to suffocate opposition in midfield, other teams were so dominated and scared of losing the ball, they’d be forced to lump it forward.

“Now they are more confident, Liverpool have to work much harder for their results and that’s more tiring over time. They are more reliant than ever on Mo Salah and Sadio Mane.”

Read – Has the last two windows seen Liverpool depart from their impressive approach to transfers?