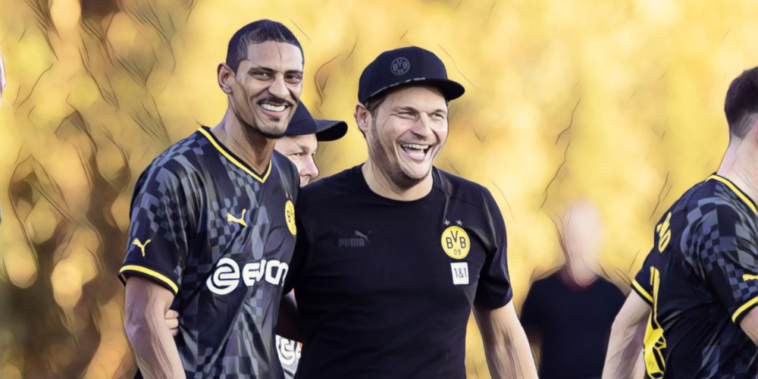 Sebastien Haller has made his first appearance for Borussia Dortmund since undergoing treatment for testicular cancer.

Haller signed for Dortmund in a €34.5m deal from Ajax last summer, but withdrew from the club’s pre-season training camp after feeling unwell. He was diagnosed with a malignant tumour in the testicle and has since undergone two surgeries and chemotherapy.

He returned to training with the Bundesliga side earlier this month and six months after his cancer diagnosis has made his first appearance for Dortmund, coming off the bench for the final 17 minutes of the club’s 5-1 friendly win over Fortuna Düsseldorf.

“It was a great moment,” the ex-West Ham forward said after his debut. “I got a lot of applause, I got a lot of messages. Finally, after six months, I was really looking forward to play. When you sign for a club, you want to play direct. Now I hope I will play games.

“It’s a way better feeling than running in the forest. This feeling was missing the last months. That’s why I want to be on the pitch for the rest of the season, to play as many minutes as I can and stay fit.”

Haller scored 34 goals in all competitions for Ajax last season and says he feels ‘good’ ahead the return of the Bundesliga.

“I feel good,” he told the media at Dortmund’s winter training camp.

“Of course, it’s been a tough six months. Obviously, I’m just happy to be here with the guys, to be able to train. So, yeah, it was not easy – but it was worth it. It’s my job, it’s also the thing I love the most – to play football – so I had to stay fit.”