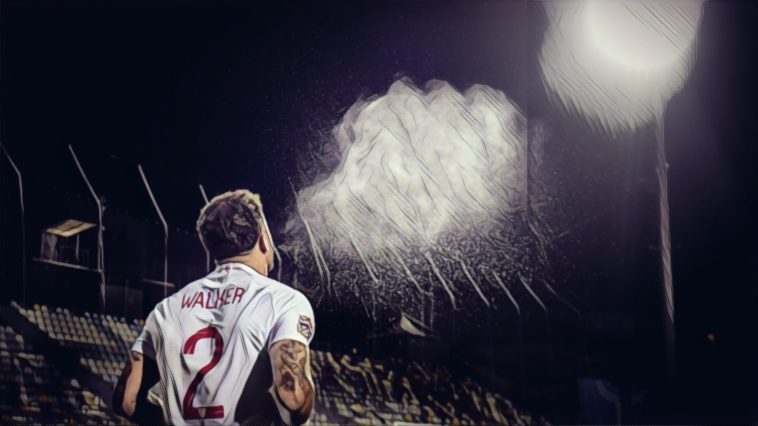 Manchester City boss Pep Guardiola has called Kyle Walker’s omission from the England squad ‘a big challenge’ for the defender.

The 29-year-old has been left out of Gareth Southgate’s England squad for the upcoming Euro 2020 qualifiers against Czech Republic and Bulgaria. He was also omitted for September’s qualifiers, with Liverpool‘s Trent Alexander-Arnold and Kieran Trippier of Atletico Madrid the preferred options at right-back.

Guardiola has described Walker’s absence from the national side as a big challenge for his player, but is confident the full-back can demonstrate his quality ahead of next month’s international fixtures.

“It’s a big challenge for Kyle to show the England manager how good he is. In our life the challenge is always there, targets. He has one in front of him in every single game to come back and show how good he is,” he said at Friday’s press conference.

Guardiola has praised Walker’s evolution since moving to the Etihad from Tottenham Hotspur in 2015, with the defender having adapted his game under the Spaniard and played a key part in securing back-to-back league titles.

“Walker can do everything but Gareth has his opinion, he made his selection and he decided for the last two times, and Kyle and I respect it. He does what he thinks is best for the national team.

“It’s a big challenge for Kyle to show how good he is, my opinion doesn’t change if he is in the national team or not – he remains an incredible footballer.”

On Walker’s absence, England manager Southgate says he felt no need to change his right-back options, having been impressed by the attacking threat of Trippier and Alexander-Arnold during September’s fixtures.

On Walker’s continued omission, Southgate said: “I said last month that we wanted to look at a couple of the other fullbacks, different sort of profile and I was really happy with what Kieran [Trippier] and Trent [Alexander-Arnold] did in their matches.

“They’re both in good form for their club, Kyle is also in good form; Kyle is a slightly more defensive fullback, has good qualities with the ball but the other two boys we felt did well last month and didn’t feel the decision to change would be the right one.”

This is one exclusive club. https://t.co/bsj3holg48