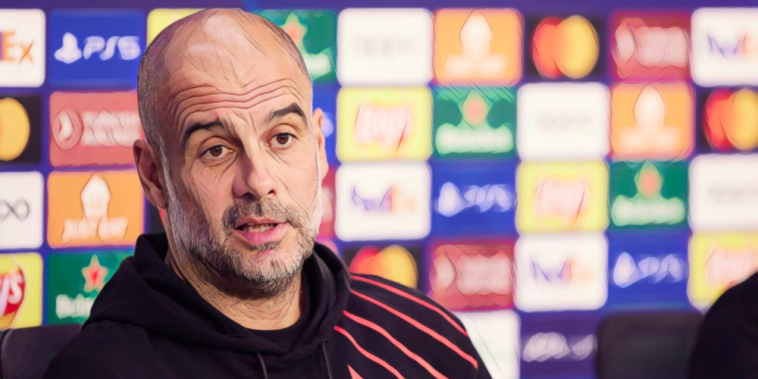 Manchester City manager Pep Guardiola has revealed he has talked with the club’s former Borussia Dortmund players this week, ahead of the club’s Champions League clash with the Bundesliga side.

City face Dortmund in their second group stage fixture on Wednesday evening, in a clash that will see a number of the squad face their former side.

Erling Haaland and Manuel Akanji each arrived from the German club during the summer, while both Sergio Gomez and Ilkay Gundogan had spells at Dortmund before moving to the Etihad.

Speaking ahead of the clash, Guardiola revealed he has discussed Dortmund with the group and whether he believes Haaland – who has 12 goals in eight games for the club – can be the difference in Europe this season.

“I spoke to the players about what they think,” Guardiola told his pre-match press conference.

“But tomorrow when the game starts, the quality of the players will make the difference. I don’t know [whether Haaland can be the difference in the Champions League]. The whole team is doing well and behaving well.”

On City’s group of ex-Dortmund players, Guardiola added: “They know the Dortmund players better than I know them. They were there for two or three years, Manuel was there longer. We will see tomorrow if it is beneficial or not.”

Guardiola also spoke on Haaland’s adaptation at City, with the forward having made an electric start in front of goal. The Norwegian leads the Premier League for goals and scored twice on his Champions League debut for the club at Sevilla last time out.

The Spaniard opened up on how City are adapting to the use of an out-and-out number nine and said it’s important his players have the freedom to make their own decisions and find Haaland’s runs.

“It is not what we have to do, it is when we have to do it. That is why football is difficult. Managers are overrated in terms of their influence; the game belongs to the players; they can do it however many times they want and they can express themselves as they want.”