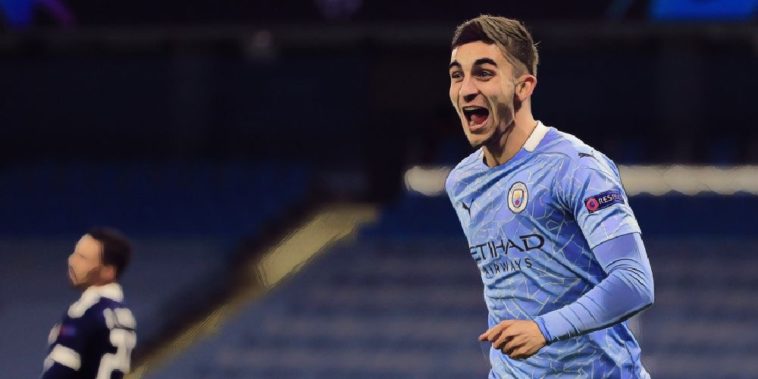 Manchester City continued their perfect start in the Champions League with a 3-0 win over Greek side Olympiakos at the Etihad on Tuesday evening.

Having seen questions asked of them following their 5-2 loss to Leicester earlier this season, Manchester City have responded with an eight-game unbeaten streak in recent weeks, including keeping clean sheets in each of their last three outings.

They got their third group game underway in perfect fashion as summer signing Ferran Torres continued his decent start to life in a light blue shirt, playing a one-two with Kevin de Bruyne before steering his effort under goalkeeper Jose Sa and into the back of the net after just 12 minutes – the Spaniard netting in all of City’s Champions League group games so far.

Despite City’s fast start, Olympiakos remained in the game and spurned a number of decent opportunities of their own, with Frenchman Mathieu Valbuena squandering a glorious chance to equalise 10 minutes after the break from just eight yards out.

However, having started on the bench following his injury layoff, Brazilian striker Gabriel Jesus made a goalscoring return to action, and he did so in superb fashion. Having collected the ball on the right side of the area, the 23-year-old created a yard of space for himself before unleashing a thunderously unstoppable strike from a tight angle to make it 2-0 with nine minutes to play.

The three points were confirmed as the game ticked towards stoppage time, full-back Joao Cancelo superbly curling one into the bottom corner of the net from 25-yards with his supposedly weaker left foot.

Speaking after the game, Pep Guardiola admitted his side ‘struggled’ at times during the clash, the Catalan set to afford his players a day off on Wednesday amid what is a gruelling fixture schedule this season.

“In the first half we played really well. In the second half we struggled for some moments but when we scored the second one it was over,” the City boss told BT Sport.

“We’ve had a good three games [in the Champion League], nine points. We need three more points or one more point to qualify. We have five days to recover for Liverpool and then the international break.

“They had one or two chances [to equalise]. When we controlled in the way we control, we cannot finish games – we struggle with the second goal – but finally with an incredible goal from Gabriel Jesus and then from Joao Cancelo we win the game.

“The forecast in the next three days says it will be sunny in Manchester. It’s rare. We’re going to have tomorrow off. After that on Friday and Saturday we’ll prepare for the Liverpool game. But the players need a break.”

The result leaves Man City top of Group C with maximum points,  hosting early league leaders Liverpool in a mouthwatering tie at the Etihad this weekend.