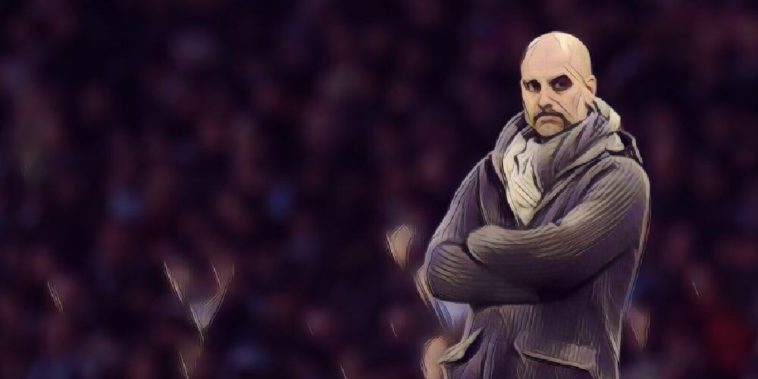 Pep Guardiola praised Manchester City’s ‘mentality, intensity and rhythm’ during their 3-1 win over Arsenal at the Etihad this afternoon.

Having suffered a shock defeat to Newcastle United in midweek, Man City responded in the perfect way with a comfortable win over Arsenal, with Sergio Aguero netting a hat-trick.

Speaking after the game, Pep Guardiola said that his side put on a good spectacle for the City faithful, and he revealed how he targetted Arsenal in the wide areas.

“To win against Arsenal is always a tough tough job,” Guardiola told the BBC. “We did it quite well in terms of mentality, intensity, and our rhythm, and I think it was a good spectacle for our people.

“I think in general it was good. We started really well for 1-0, and after that when we conceded the goal the game was a little bit half-and-half, but scoring in the last minute of the first half helped us a lot.

“[In] the second half we read [the game] better. ‘Where are the spaces?’ Where were the spaces to attack more fluidly because, with the way they defended, the spaces were outside.

“We attacked the wide spaces with Raheem [Sterling] and Bernardo [Silva] and in that way, we did a good game.”

Man City were particularly strong down the flanks, with Arsenal’s defence defending very narrowly, and speaking about City’s superiority in those area’s, Guardiola suggested that it was an area he had identified as a point of weakness.

“It depends on the opponent,” said the Catalan. “When they defend inside you have to attack more outside, we did quite well really.”

Speaking about Aguero’s hat-trick heroics, the former Barcelona boss said that he is a natural born goalscorer.

The result leaves Man City just two points behind Liverpool in the title race, with the Merseyside outfit playing West Ham on Monday.