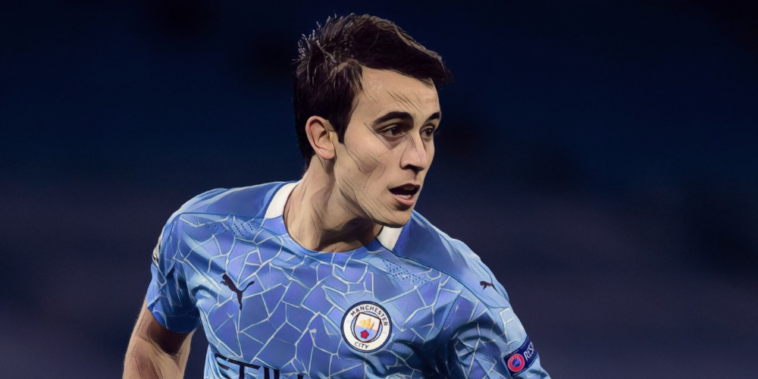 Pep Guardiola says he is ‘pretty sure’ that Eric Garcia will leave Manchester City this summer, but Ronald Koeman has insisted the defender will not be joining cash-strapped Barcelona this month.

Garcia has entered the final months of his contract at the Etihad and expressed a desire to leave the club during the summer amid interest from Barcelona, the Spanish side having seen a deadline day bid for his services rejected.

The 20-year-old came through the Catalan side’s academy system before making the move to Manchester, though is understood to be keen on returning to the Camp Nou and has made just two league starts this season.

Guardiola has admitted that the club are powerless to stop the promising centre-back from departing at the end of the current campaign and says he is ‘pretty sure’ Garcia will leave at the expiration of his deal.

Barcelona’s interest in the defender is complicated by the club’s concerning finances, however, and manager Koeman admits the economic situation of the club is ‘an influence’ on potential incomings during the January window.

“My position is known: we lack people, but the economic situation of the club is an influence,” Koeman said.

“I think we all think the same. If no one arrives, I accept it and we continue the same, but if we want more we must sign.”

Koeman opened up further on the club’s interest in Garcia and the board’s decision to block a winter window move, admitting the player’s contract situation means a summer move makes better financial sense.

“We cannot demand that the Management Board make decisions like this.

“We have concluded that if he is a player whose contract is ending, we must wait.

“If we moved now we would have to pay the transfer fee plus the player’s salary.”

Barcelona’s finances have seen the club linked with moves for several out-of-contract stars ahead of the summer, with the Spanish side understood to have expressed an interest in signing both Liverpool midfielder Georginio Wijnaldum and Lyon forward Memphis Depay on free transfers.

Read Also – Donkeys: Five PL players who blew their chance to impress in the FA Cup