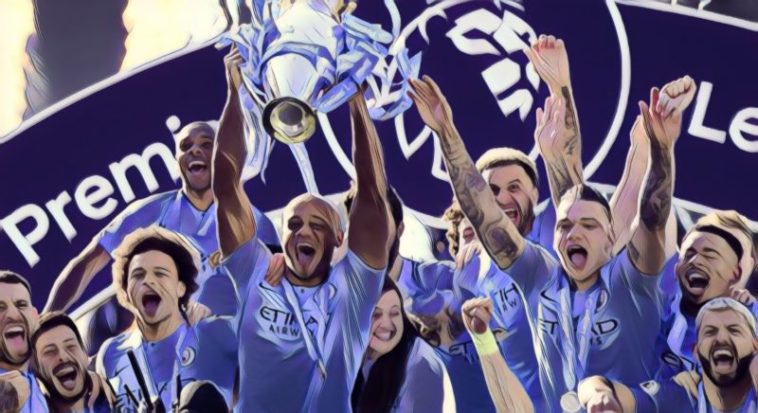 City became the first side since Manchester United in 2009 to retain the title, after securing a 4-1 final day win at Brighton.

Goals from Sergio Aguero, Aymeric Laporte, Riyad Mahrez and Ilkay Gundogan sealed the title in impressive fashion at the Amex Stadium, having fallen behind to a Glenn Murray header.

Runners-up Liverpool also won on the final day, beating Wolves 2-0 at Anfield, finishing just a point behind City after a thrilling title race.

Guardiola was full of praise for Jurgen Klopp’s side, saying this season’s win was the ‘toughest title’ of his career so far.

“We have to say congratulations to Liverpool and thank you so much, they pushed us to increase our standards,” Guardiola told Sky Sports.

“It’s incredible, 98 points, to go back-to-back. We made the standard higher last season and Liverpool helped us. To win this title we had to win 14 (league games) in a row. We couldn’t lose one point.

“It’s the toughest title we have won in all my career, by far.”