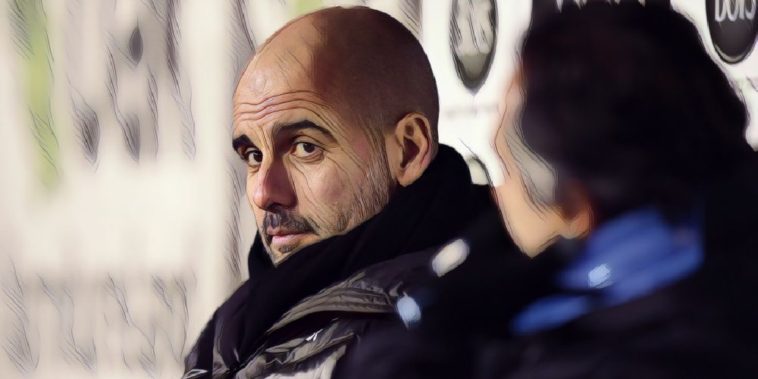 Pep Guardiola has warned that the Premier League should be worried about the potential spread of Covid-19, during the next international break.

While the top-flight recorded just two positive tests in the last week, it has taken time to get cases down to a minimum, after the festive period saw a number of outbreaks at clubs across the country.

One of those clubs was Manchester City, the current league leaders losing the likes of Gabriel Jesus, Kyle Walker and Ederson for a period at the turn of the year after they tested positive, with the club forced to postpone their league fixture with Everton at the end of December.

An outbreak at City’s training ground had been the cause of the spread, with Guardiola’s men unable to train for a period, albeit without suffering any adverse effects on their form.

With players set to jet off for international duty in March, the concern is that cases may rise again, as a number of players returned to their clubs with the virus during the autumn internationals.

According to Guardiola, the Premier League should be ‘concerned’ about the prospect of cases rising again when players return from playing for their national teams.

“The Premier League should be concerned about this,” Guardiola told his pre-match press conference.

“The only way to be protected from this virus is to stay at home and social distance. No contact, don’t travel, don’t move. Now the players are going to their national teams and it is difficult afterwards to control it. So, unfortunately, something is going to rise.

“I would love to say it is not going to happen but from experience, it happened in two or three waves already. If you move, you take a risk to be contaminated.”

The former Barcelona boss did offer his praise to the work being done in Britain to try and tackle the virus, although he insisted that it isn’t time to ‘relax’ just yet.

“Now, in Britain, when I look at the BBC and see the stats about how many cases and the number of vaccines, I am really impressed,” said Guardiola.

“It’s getting much better but it is still there. When we relax a little bit it will come back again. That’s why, until spring or summer, we have to be careful.”

Guardiola was speaking ahead of Manchester City’s trip to face Everton this evening, the league leaders currently seven points clear of nearest challengers Manchester United ahead of tonight’s clash at Goodison Park.