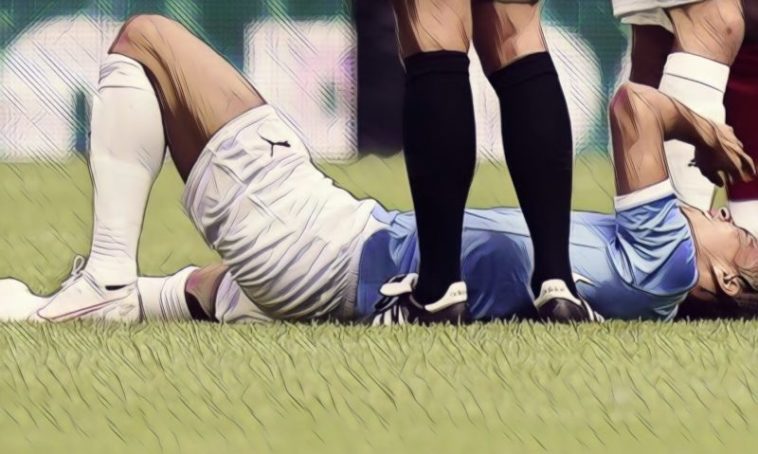 Manchester City have been dealt a major blow with the news that Leroy Sane will miss the majority of the new season after injuring his anterior cruciate ligament.

The German international was substituted during City’s Community Shield victory over Liverpool last weekend after a clash with Reds defender Trent Alexander-Arnold, with the 23-year-old now facing a lengthy spell on the sidelines.

“It is incredibly bad news,” said Guardiola in his pre-match press conference ahead of tomorrow’s clash with West Ham.

“I don’t know how long he will be out. Normally this kind of injury is six or seven months.”

Sane had been strongly linked with a move to Bundesliga champions Bayern Munich throughout the summer, however, the German giants are now likely unlikely to make a move after such a serious injury.

City boss Guardiola is hopeful Sane can return to first-team football in ‘February or March’, with the winger set to undergo surgery on his damaged ACL.

“Hopefully in February or March he can be back with us,” he continued.

“I didn’t think about him leaving. Always I said he’s our player and he didn’t tell me he wanted to leave, always I thought he was ours. In the final he played.

“It’s bad news as in three seasons we’ve had three ACLs. He’s young and he will recover well hopefully in terms of the surgery next week. All the people will help him, he will feel alone and we help him to feel as comfortable as possible.”