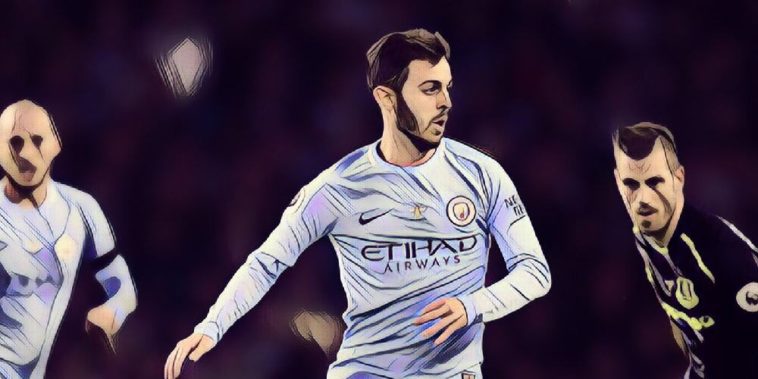 Manchester City managed Pep Guardiola has insisted that Bernardo Silva will be staying at the club.

The Portuguese playmaker only moved to the Premier League leaders in the summer, making a £43.5 million move from Monaco.

Despite the huge transfer fee, Silva initially found appearances hard to come by at the beginning of his City career, and recent speculation has suggested he could be allowed to leave the club. He. Has been involved in 25 of City’s 27 Premier League games, although only nine of those have been in the starting lineup.

However, Pep Guardiola has rubbished those suggestions, saying that the 23-year-old is very much a part of his plans for the long-term.

“When he played he’s played top.

“He’s a young guy, he’s a guy in the locker room who we are so happy to have here.

“He’ll stay a long time, while I’m here he will not move on, he will stay with me.

“I haven’t seen him sad, even for one day – always in a good mood, and you cannot imagine how important that is.

“When he didn’t play too much, you cannot imagine how important he is in the locker room and he’s this kind of guy, his mood is always in the right place.”

In his first 24 appearances, the Portuguese scored just two goals and provided just one assist, but in his last 17 games he has scored four and made seven.

That is pretty close to matching the impressive record of Raheem Sterling, who has seven goals and five assists in the same period.