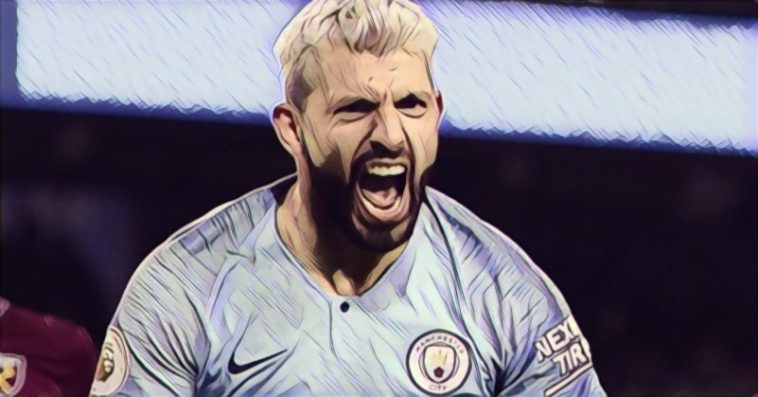 Man City kept the pressure up on Liverpool at the top of the Premier League with a 1-0 win over West Ham tonight.

However, City would only breach the Hammers net once, through a 59th-minute penalty by their all-time leading goalscorer Sergio Aguero.

Despite the narrow scoreline Pep Guardiola was delighted with his side’s performance.

“It was a very hard result, but the performance was incredible. We defended perfectly the set pieces into Andy Carroll and Michail Antonio. That was fantastic, but we missed the chances,” Guardiola told BBC’s MOTD.

“Had we scored one or two in the first five minutes the game would have been completely different, but we did very well.

“The game became a little bit flat. We started the second half really well. We just didn’t score enough goals to make the last 15 to 20 minutes a little bit more relaxed.

“We fought a lot to be close to Liverpool. The result could be better, but the way we played is fantastic.”

City remain in second in the table behind Liverpool, after Jurgen Klopp’s side romped to a 5-0 win over Watford at Anfield.