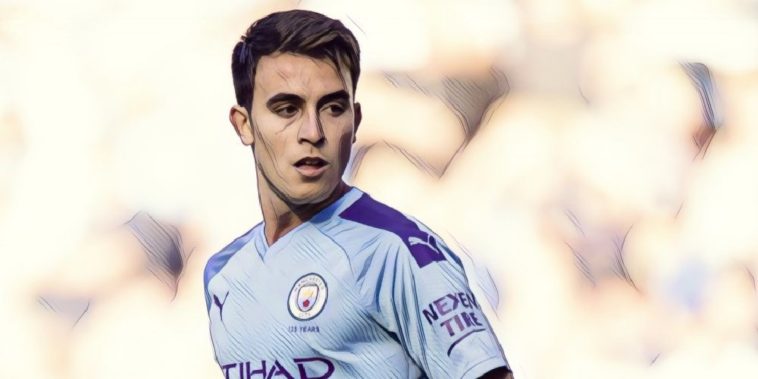 Pep Guardiola is ‘confident’ that Eric Garcia will stay at Manchester City despite speculation linking the young defender with a return to Barcelona.

Garcia came through the academy system at Barcelona before moving to the Premier League three years ago, with the teenager having made 14 appearances in all competitions so far this season and having impressed for Man City since the season’s restart.

The 19-year-old has just a year remaining on his current contract at the Etihad with reports in Spain claiming that Barcelona have begun ‘talks’ with the Citizens to re-sign the La Masia graduate, the Spanish side identifying Garcia as a potential long-term replacement for Gerard Pique at the heart of the defence.

City are keen to tie the defender down to a new long-term contract in a bid to ward off interest from Spain, and Guardiola is ‘confident’ Garcia will resist the temptation of the Camp Nou and commit his long-term future to the Manchester side.

“He has one more year on his contract,” said Guardiola, as per the Manchester Evening News. “If they want him they must call him and we are going to try to convince him to stay here for many, many, many years.

“I am confident he will stay but at the end it is his decision. He knows we want him but it is the same with Leroy.

“We want him but if he doesn’t want to stay we cannot do anything else. He knows, his agent knows, his family knows that we want him.”