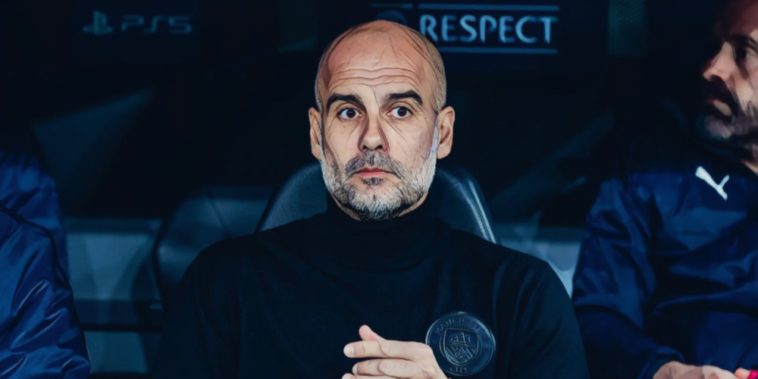 Pep Guardiola admits the Champions League is the trophy that Manchester City ‘want’ after renewing his contract at the club.

Guardiola signed a new two-year contract extension at the Premier League champions last month, in a deal set to keep him at the Etihad until 2025.

The 51-year-old admits he is delighted to have signed an extension at City and expressed his gratitude to the board for their continued faith in him.

“I say thank you to them for their confidence in me,” he told a press conference ahead of City’s Carabao Cup clash with Liverpool on Thursday.

“It will be difficult to repay that, so it is difficult for me to reject them for how they want me and my staff here. I don’t have enough words to express my gratitude to this club.”

The Spaniard has overseen a period of domestic dominance during his time at City, with the club currently in pursuit of a fifth Premier League title in just six seasons. A host of domestic trophies have also arrived with City regarded as one of the division’s great teams, but European success has so far proven elusive.

City will resume their Champions League campaign against RB Leipzig in the last 16 in February and Guardiola has admitted that the competition is the one his side want.

“It is not just the Champions League but I admit that is the trophy we want. Of course, my period here will not be complete without it. It is not the only reason I extended.

“I believe sooner or later this club will win [the Champions League]. We tried in the past, even in the first season, with all our strength and our power.”