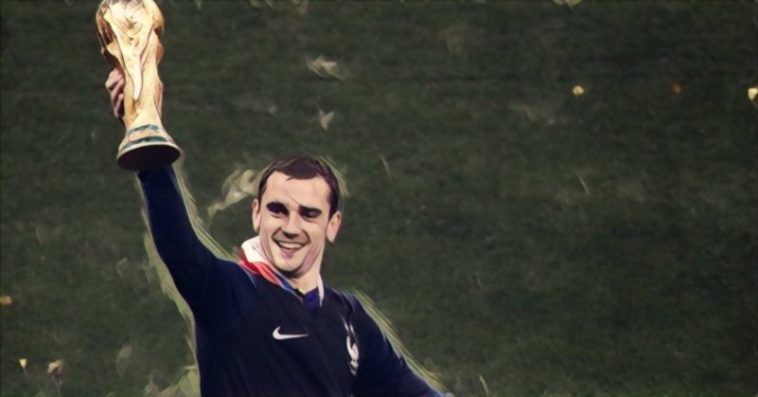 Antoine Griezmann and his France team-mates fulfilled every football fans boyhood dream this weekend by lifting the World Cup trophy.

As Les Blues players celebrated in the Moscow rain, Griezmann stood staring into the crowd in tears as he tried to comprehend what he had just achieved. This after all has been some journey for the man who left France as a 14-year-old boy to pursue a football career in Spain, and has often been criticised for openly admitting that he speaks Spanish better than his native tongue.

Nobody doubted that this France side had enough talent in their ranks to challenge for football’s most prestigious prize in Russia this summer, but the general perception was that perhaps Didier Deschamps young side would not have the right mentality to go all the way. In many ways this was the ‘snowflake generation,’ a team more interested in posting on social media than putting in the hard yards required to win a World Cup.

However, Les Blues would put in a series of mature displays on their way to glory, and one man who epitomised this was 27-year-old Griezmann. A maturity, it must be said, that can quite easily be traced back to his four seasons working under Diego Simeone at Atletico Madrid.

The Macon born attacker played just behind striker Olivier Giroud in Deschamps side in Russia, although much like he is regularly asked to do at club level, he actually spent more time in close proximity to France’s central midfield duo Paul Pogba and N’Golo Kante, than he did to Giroud.

Griezmann, unlike many other players with a superstar profile, showed no airs and graces when it came to dropping into midfield  and trying to win the ball back or pressing the opposition. When he did drop deep to collect the ball he routinely made just enough space to expertly switch the play out to the wings or draw fouls to give his side some breathing space.

The Atletico Madrid star has quite rightly developed a reputation as being one of the world deadliest finishers in recent years, however his performances in Russia offered so much more than that.

France went into the last 20 minutes of all their knockout games in the lead and this is where Griezmann really stepped up and showed them around him how exactly a game should be closed out. On numerous occasions towards the end of Les Blues knockout games he showed a real maturity with how he used possession: either simply laying it off of to team-mate and encouraging simple triangles or heading towards the corner to waste time or draw a foul.

Even when his more excitable team-mates like Pogba and Mbappe screamed to be passed the ball for an attempt at goal, Griezmann simply ignored them, after all, this is not the talented attackers first Rodeo when it comes to holding onto slender leads, for it is his club manager Simeone’s bread and butter.

With Raphael Varane majestic at the back and Griezmann directing operations further forward France rarely looked like ever really being in major trouble throughout the entire tournament.

Four goals and two assists in just seven World Cup outings is a splendid record by anybodies standards, but these stats don’t even come close to revealing the impact Griezmann had on this France team.

He may have got on many of our nerves after his open flirting with other clubs and ridiculously elaborate ‘’I’m staying at Atletico,’’ video, but make no mistake, Antoine Griezmann is a top drawer player who knows exactly what it takes to get over the line on the biggest of occasions.