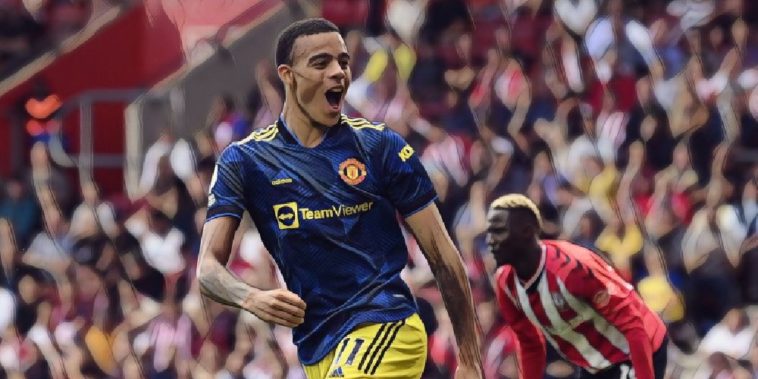 Manchester United’s hopes of a title challenge hit an early bump in the road as they were held to a 1-1 draw against Southampton at St Marys.

United would go close to opening the scoring in the eighth minute following a Bruno Fernandes free-kick from the right, a goalmouth scramble seeing Southampton just about clearing the ball off the line.

The Red Devils looked by far the stronger in the opening period – in particular from set-pieces – but the Saints weathered the early pressure, and in the 30th minute took the lead against the run of play.

A robust challenge on Bruno Fernandes saw the South Coast club win the ball back in the United half, before working the ball to the feet of Che Adams. The Scotland international took a swing with his unfavoured left foot, and while it wasn’t a clean strike, his effort took a wicked deflection off the boot of Fred to leave David de Gea with no chance.

United had come from 2-0 down to win 3-2 last season, and they hauled themselves level nine minutes into the second half, and having got himself four assists last week, Paul Pogba took his tally to five with an important role in the equaliser, playing a one-two with Bruno Fernandes before poking the ball to Mason Greenwood near the penalty spot, who scored his second of the season, his scuffed effort deceiving Alex McCarthy.

It looked as though the Red Devils would go on to throw the kitchen sink at the Saints, though some sloppy play in defence and midfield offered the hosts hope of a winner, David de Gea being forced into a couple of vital saves.

As it was, United never really mustered the assault on the Saints goal that one would have expected, and goalscorer Greenwood suggested that his side didn’t go for it after getting themselves back on terms.

“There’s a little bit of disappointment,” he told Match of the Day. “I think we should have got all three points with a late goal.

“Southampton did well. They defended well but I think we should have gone for it after the equaliser but unfortunately we didn’t.”

The youngster did however feel that the Southampton opener should have been chalked off for the challenge on Bruno Fernandes in the build-up.

“I think it’s come through the back of him,” he said. “I thought it was a foul but it’s the referee’s decision at the end of the day and we can’t dwell on it.

“I understand they’re going to let more challenges go so the game keeps flowing which is a good idea, but if there’s a foul there’s a foul.

The draw did however maintain United’s long unbeaten run away from home, equalling the 27 match run that Arsenal’s invincibles achieved between 2003-2004.

“We’ve done well,” he said of the run. “It’s hard coming away from home to play at these away grounds and with the fans back today it makes a difference but hopefully we can go onto the next game and win.

Next up is another away trip for Solskjaer’s side, facing Wolves at Molineux next weekend.