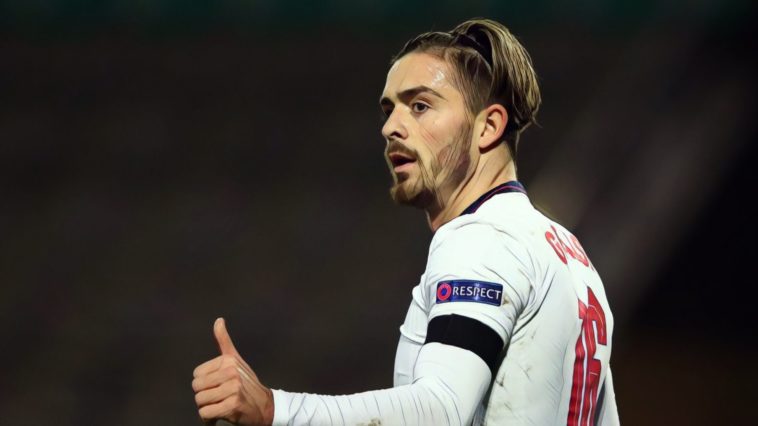 Ian Wright has lavished praise on Jack Grealish and believes the Aston Villa captain is the player who can bring ‘chaos’ for England at next summer’s European Championships.

Grealish has stated his case for regular inclusion in the England side with a series of fine performances during the international break, starring during clashes with Ireland and Belgium before producing another impressive display in Wednesday night’s 4-0 win over Iceland.

The midfielder’s fine form has continued from an excellent start to the season that has seen Grealish score four goals and provide five assists in just seven Premier League appearances, with many hailing the 25-year-old as the player to help solve England’s lack of creativity.

Former England international Wright insists his effusive praise of the Aston Villa man is not ‘over the top’, and says his recent performances have shown he can be a key figure in unlocking Europe’s best defences next summer.

“I’ve been beating the drum for him to be in the side,” he said on his ‘Wrighty’s House‘ podcast.

“Since he’s come on the scene, the way his game’s progressed and what he’s done now and me calling for him to be in that squad because he’s the player we’ve needed and the stick I was getting…I was reading some nasty stuff from stuff people in respects of, ‘We lost the game, why’s everybody going on about it?’.

“What Jack Grealish showed in that game against Belgium – which is a team that’ll probably be challenging – was that is the player that we are going to need.

“Nobody is saying ‘build the team around him’. Yes, you can funnel the ball to them but you’re not building everything around them. Because even Diego Maradona in ’86, the team wasn’t built around him.

“He had unbelievable players. Even with that team, they had brilliant players around him. Maradona was the icing on the cake.

“All we need for Jack is to just pop up in those areas and just keep things moving.

“He’s someone that progresses the ball wherever he ends up on the pitch.

“What really annoys me is people saying, ‘Oh, you’re going way over the top!’. I’m not going over the top. When you watched us against Croatia, with nobody to bring us the chaos… Grealish brings chaos.”