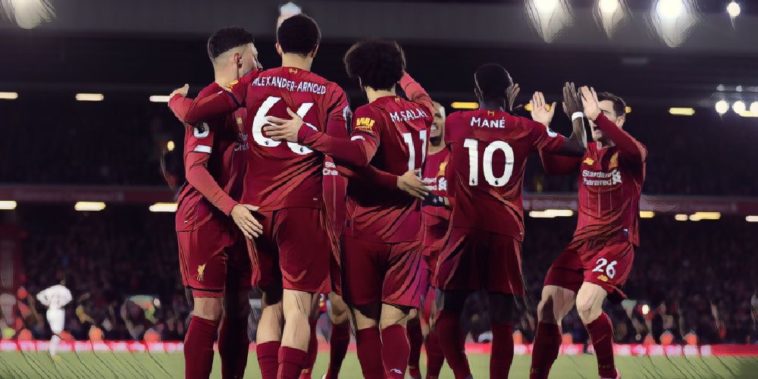 Graeme Souness has hailed Liverpool’s ‘consistency’ but believes the players should be ‘angry at themselves’ for failing to win more trophies during their current period of success.

Jurgen Klopp’s side have enjoyed an impressive period in recent seasons, being crowned as champions of Europe for the sixth time by lifting the Champions League last season before adding the UEFA Super Cup and Club World Cup to their collection in 2019.

Liverpool are also on the verge of a first league title in three decades following a record-breaking start to the campaign, with the Merseyside club needing just six more points prior to football’s suspension amid the coronavirus crisis.

Comparing them to the great Reds’ teams of the past, former club captain Graeme Souness praised the ‘consistency’ of Jurgen Klopp’s side, but believes the players should be disappointed to not have added more major trophies to their collection as they seek a sustained period of success, the club having already exited all three cup competitions.

“Consistency. That’s first word that comes to mind when I compare this Liverpool side to the ones I played in,” Souness told Sky Sports.

“This team have been so consistent for the last couple of seasons. They are fabulous. They have some outstanding players and, collectively, they all know what they are doing.

“They’ve got ridiculously good flair players in the right areas. They’ve got some proper defenders, a wonderful goalkeeper and a workaholic midfield. They have been so dominant this season.

“They won the Champions League last year and they are going to win the Premier League now, but I still think Jurgen Klopp will look back at this period and feel they should have won more than two major trophies.

“Okay, there was the Club World Cup as well, but to have been so good and so consistent and yet only won two big trophies, I think the players have got to be a bit angry at themselves about that.

“The challenge for them now is to win the big trophies consistently and establish prolonged dominance like the Liverpool teams of the past.

“It helps to have a challenger like Manchester City. You need that to push you. You don’t want it to be a one-horse race. It would make you complacent and it would diminish the Premier League as a spectacle.

“We didn’t have one single rival during my time at Liverpool. Each year it was someone different. Nottingham Forest had a couple of remarkable years. Aston Villa had a remarkable year. Ipswich had a good team and Manchester United challenged us one year.

“But there wasn’t one obvious challenger. Arsenal, Tottenham, Chelsea, Manchester United… they will all want to climb the table in the next few years, but I still think City will be Liverpool’s strongest challengers.

“What I would say is that, given the ages of the players in that Liverpool squad now, given where they are, given the manager they’ve got and the structure in place around the team, they have the potential to go on and become serial winners.

“These players, especially the goalkeeper and the defenders, could play together for another five years easily. That is a great place to be in, knowing you’ve got that foundation. The signings they have made have been off the charts and Jurgen deserves huge credit for the work he has done.”

Salah and Mane ‘catch the eye’, but Souness reveals why he loves watching Firmino