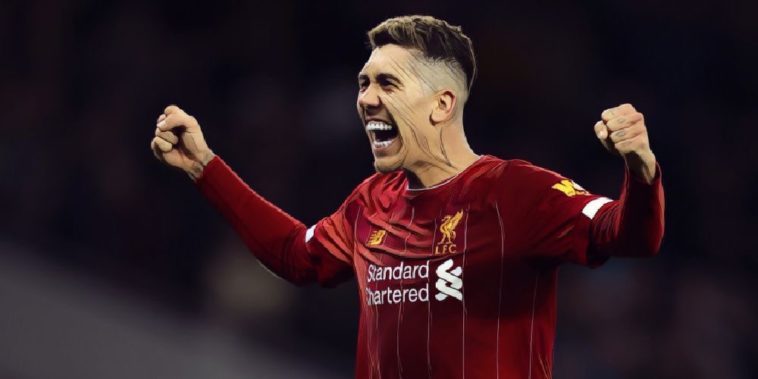 Graeme Souness has lavished praise on Liverpool’s forward line and has explained why he loves watching Roberto Firmino – despite the more eye-catching contributions of Mohamed Salah and Sadio Mane.

The Premier League leaders possess one of the most feared forward lines in world football with the trio having starred in a hugely successful period for the Merseyside club of late, firing the club to the verge of a long-awaited league title after last season’s Champions League success.

Souness believes the ability of the club’s attacking options makes Liverpool a dangerous proposition even when not at peak performance, and reserved special praise for Brazilian international Firmino who he has likened to club great Kenny Dalglish.

“Mo Salah might score the most goals but it would be totally wrong to say this side’s attack is just about him. He’s one of three very special players,” Souness told Sky Sports.

“I love watching Roberto Firmino play. A couple of years ago, I likened him to Kenny Dalglish. He’s like a big cat walking through the jungle waiting for an opportunity to do damage.

“His radar is on all the time and he’s got a great football brain, whereas Salah and Sadio Mane, they will catch your eye more because they are direct and they score more goals.

“They are a wonderful attacking unit, but it’s so important to have a really good defence because you can’t play super football in every single game you play.

“When it’s not going well, you need to know that you won’t be conceding goals. Then, if you’re on the back foot but you don’t concede, you know that at some point in the 90 minutes, one of your special players is going to create something for someone else or score himself.

“That’s what we had with Ian Rush. We would be under the cosh, we would clear our lines and a couple of passes later Rushy would be on the end of something, putting the ball in the net, and we would nick the game.

“Liverpool have that now with their attacking players and that’s what makes them so dangerous. Even when they are not at their very best, they defend well and their capable of nicking games.

“It’s so important to have those players, those goal-getters who can get you 25 in a season.”