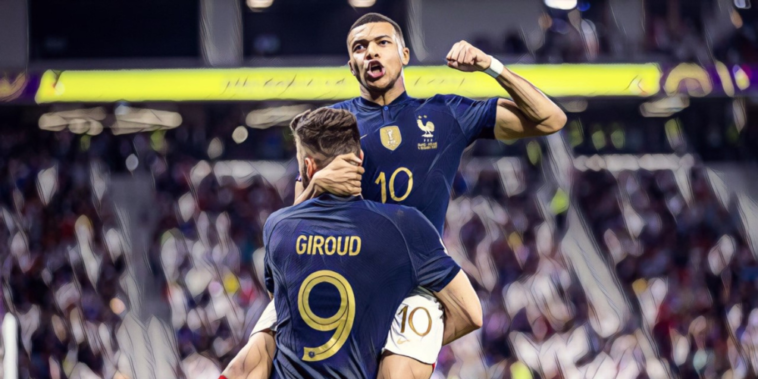 Olivier Giroud has warned England that ”we’ve still not seen the best’ of France teammate Kylian Mbappe, ahead of the World Cup quarter-final between the sides this weekend.

Mbappe has been one of the stars of the tournament so far in Qatar, with the 23-year-old leading the race for the Golden Boot with five goals.

Mbappe scored twice as France beat Poland 3-1 in the last 16, a win which has set up a last-eight meeting with England at the Al Bayt Stadium in Al Khor.

Ahead of the clash, Giroud warned that Mbappe – who scored the 250th goal of his professional career against Poland – has the potential to get even better.

“Kylian is one of the best players I’ve played with. He’s amazing and he’s still young, which is scary because he can still improve his game,” Giroud told a press conference.

“He’s very efficient and from the beginning of the competition he’s been crucial for us. We’ve still not seen the best of Kylian, I hope it will come soon and he will beat all the records.”

Giroud discussed this weekend’s opponents England and admits it is a special occasion to face the Three Lions. The forward praised England’s performances in the tournament so far, but is hopeful that Gareth Southgate’s side will come unstuck against the world champions.

“For England, so far they’ve had a good tournament,” Giroud added.

“I hope they will have a tough game on Saturday! I know this team very well. I was talking with Hugo (Lloris) regarding this game and we were saying we don’t want to lose against England.

“It’s a special game for us. They have so many great players, a young generation. They have quality but also quantity in the squad, so they have different options. It will be a nice game to watch.”

Read – Five of the greatest goalkeepers in World Cup history