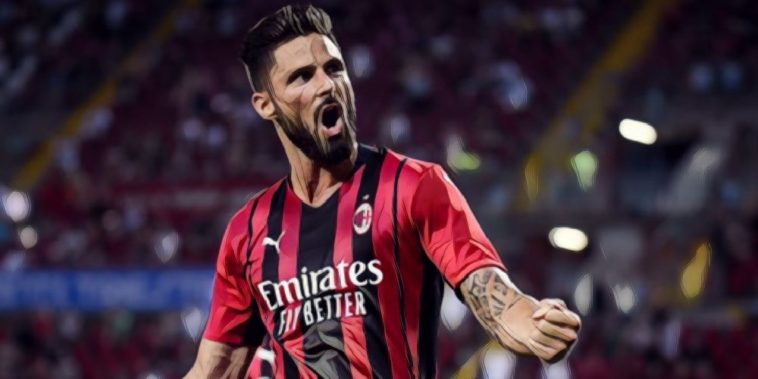 Olivier Giroud has opened up on his decision to leave Chelsea, having secured a move away from the club in the summer in order to join AC Milan.

The Frenchman originally joined the Blues in 2018 following five-and-a-half years at London rivals Arsenal, going on to net 39 goals in 119 games in all competitions for the club, including 17 in the Premier League.

That spell at Stamford Bridge also saw the World Cup winner help the club to success in the Europa League, FA Cup and most recently the Champions League, netting six goals en route to the showpiece victory over Manchester City in May.

Following that triumph the club did announce they had triggered a one-year extension in the striker’s contract, albeit with the 34-year-old going on to secure a permanent move to Milan in July for a minimal fee on a two-year contract.

He has already started brightly in Italy, despite a brief spell out with injury, having netted twice in just three Serie A games for the club thus far.

Looking back on his decision to head to the San Siro, Giroud admitted that the time had come to move on from Chelsea, with his game time limited in a ‘difficult’ second-half of last season.

“I liked the Premier League, but at some point, I had to make a decision,” he told Telefoot.

“I told [Thomas] Tuchel that the last three months had been too difficult.

“It was an obvious choice to leave Chelsea, I moved on with great emotion for all the moments we experienced. Some were good, some others not so much, but we won three important titles.”

The move to Stefan Pioli’s side has also seen the former Montpellier man link up with fellow veteran Zlatan Ibrahimovic, with Giroud seemingly relishing the battle for a starting berth and the chance to try and lead the club to a first title triumph since 2011.

“Zlatan is a legend and there will be a real competition between us,” he added.

“I hope [we can win the Scudetto], we have the quality and young players. It’s a clear target we have.”