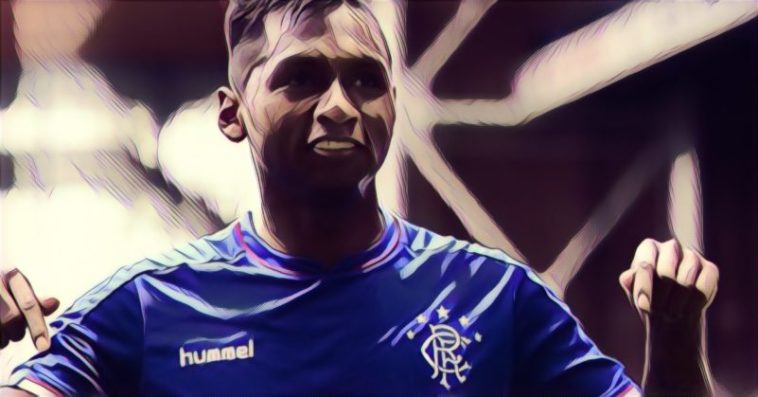 Colombia international Morelos has been in superb from for the Ibrox outfit so far this term, netting 14 goals in 23 appearances.

However, the 22-year-old’s fiery temperament has seen him get in plenty of trouble with referees.

Speaking ahead of Rangers’ Europa League clash against Villarreal tonight, Gerrard revealed that Morelos is aware he needs to improve his disciplinary record. although at the same time the former Liverpool captain admitted he does not want to see the striker lose the edge to his game.

“I think he knows,” Gerrard told his pre-match press conference.

“There is an element when you have to let him be.

“He plays on the edge, he will make it uncomfortable for those two centre-backs, or three if they decide to go with a three.

“We speak to him, we speak to the whole group, and we talk to them about discipline in every single game. They know, they understand.

“But at the same time we can’t ask Alfredo not to be aggressive in the way he plays because that is when he is at his best and the reason why he is two goals off last year’s tally.

“He does actually [remind me of Suarez], yeah. A lot.

“We can change him, we can help, we can certainly help in terms of his disciplinary record. He knows that.

“But I love this type of player, I like players that play on the edge and sometimes get it wrong because these players are the ones that make the difference, they have got the X Factor.

“I loved playing with Suarez, he is my favourite player to play with. And I think I have already expressed how much I love Alfredo.”