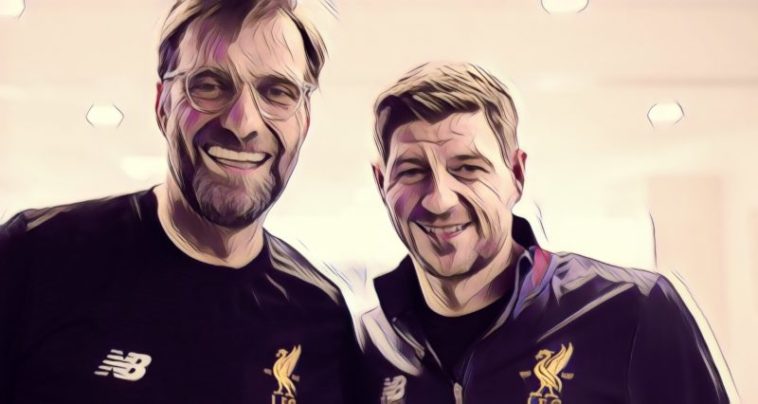 Steven Gerrard says the opportunity to work under ‘infectious’ Jurgen Klopp makes him feel ‘almost jealous’ of the Liverpool squad.

Former Liverpool captain Gerrard left Anfield five months before Klopp’s arrival at the club, with the German having made a huge impact at the club in recent seasons guiding them to back-to-back Champions League finals.

Gerrard has since enjoyed a close relationship with the 51-year-old as he seeks advice on his own fledgling managerial career at Rangers, revealing Klopp ‘inspires’ those around him and admitting to being envious of Liverpool’s players.

“I’ve had many sit-downs with him. He’s an open book – he invites me into his office – I’m incredibly lucky and blessed I do get that invite,” Gerrard told liverpoolfc.com.

“And the thing I take away is: Imagine playing for him. I wasn’t lucky enough to play for Jürgen Klopp. Probably too old. Just missed the boat if you like. But, I’m almost jealous of the Liverpool players.

“I come out of his office after a sit-down, and when I walk out of the training ground, I actually want to walk back in and sit with him. I want to put a kit on and play for them, and run for them and run hard. He’s infectious, he inspires you.”

Listen up: Podcast – The best ever XI never to win the Premier League