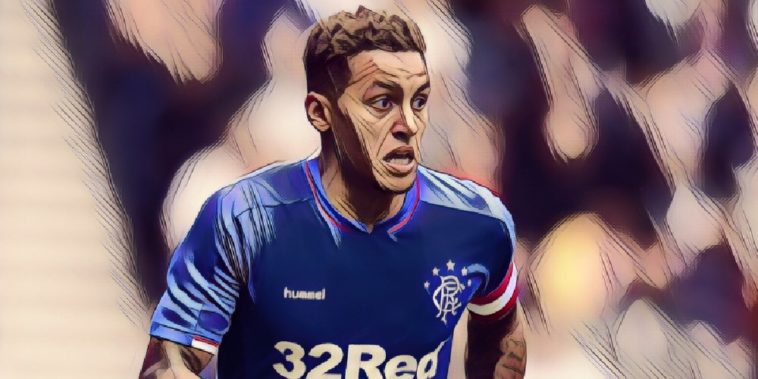 Tavernier’s miss last Friday means the Gers will have to replay their Scottish Cup fifth round tie with the Killies next week, after the game finished in a 0-0 draw.

Gerrard has backed his captain to recover from the spot kick mishap, pointing to the Bradford native’s solid record at taking penalties.

“Us missing the penalty and Kilmarnock not really causing us many problems means we look at the game and think maybe we could have been a little bit better in the final third to win the game on the night,” Gerrard told Rangers TV.

“I think if you look at Tav’s record he has been quite consistent. He is disappointed with the penalty against Kilmarnock because I don’t think it went where he intended for it to go.

“In the main he has been very consistent and he is certainly someone who myself and the players trust from the penalty spot. He has got the character to bounce back so if we get a penalty again then James will take it.

“I could see the frustration in his body language so we had a quick chat after the game but I don’t think you can ever criticise a penalty taker unless they do something ridiculous or off plan.

“If he makes a decision, goes with it and doesn’t get it right then we back him. He has taken some really big penalties under pressure for us and delivered so that’s where we get our trust and confidence in him.

“We can’t look at just that incident, there were eleven men out there and subs who came on to do a job and win the game and we never did it.”