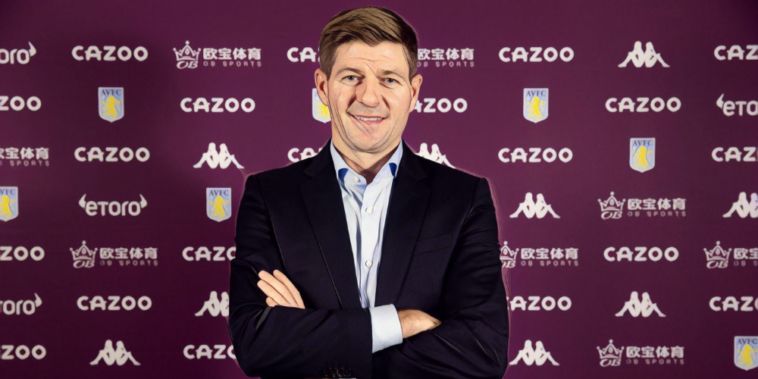 Gerrard will take charge of Aston Villa for the first time against Brighton in the Premier League this weekend, having made the decision to leave the Scottish champions to succeed Dean Smith at Villa Park.

The decision ends a successful three-season spell at Ibrox, which culminated in winning a drought-breaking Scottish Premiership title last season after a historic unbeaten campaign.

Gerrard has now opened up on his decision to leave Rangers and return to the Premier League, admitting a move closer to his family and the opportunity to test himself in English football were behind his move to Villa.

“First and foremost it is an extremely proud moment for myself. It is a real honour to be the manager of this football club,” he told a press conference.

Gerrard admits it was a ‘difficult’ choice to leave Rangers following his success in Scotland, but admits the opportunity at Aston Villla was once too good to turn down.

“It was a difficult decision and I certainly left with a heavy heart,” he added. “I built up some fantastic relationships at Rangers.

“It is a club I have immense respect for. I was given a remit three-and-a-half years ago, we went on a journey and completed that remit. Approximately 10 days ago the opportunity came to join another iconic club and it was an opportunity I could not let pass me by.”