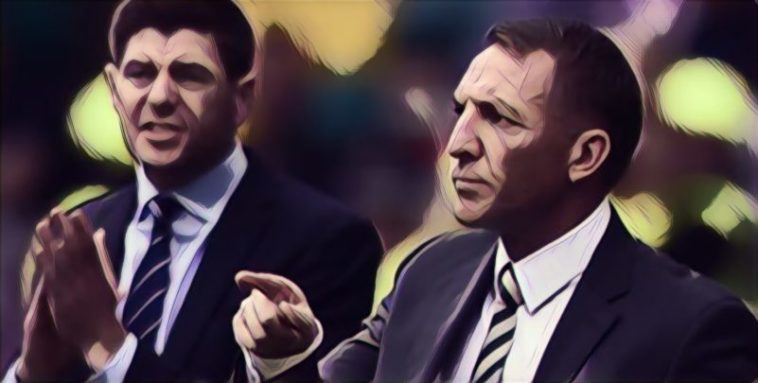 Steven Gerrard has revealed that he feels Leeds United’s boss Marcelo Bielsa overstepped the mark in the ‘spygate’ incident.

Last week, it was discovered that Bielsa had sent one of his staff members to watch Derby County’s training sessions ahead of their Championship fixture which Leeds won 2-0.

Gerrard said it would not be a tactic he would employ but until there is a law or ruling preventing such actions then it could happen again in the future.

“I think Leeds have overstepped the mark in this case,” Gerrard said in a press conference ahead of his sides game against Cowdenbeath.

“It’s not my way to send someone to other people’s training grounds. There is not a law in place and until there is, it could happen again.

“The powers that be need to adapt the rules and get something in place for this kind of behaviour in my opinion.”

Gerrard’s rival and Celtic manager Brendan Rodgers also gave his opinion on the Bielsa situation, saying that he felt the term ‘cheating’ was a little unfair in this case and that he admires the Argentine coach.

“I have seen ‘cheating’ being used but I think it’s a bit strong,” Rodgers told a pre-match press conference before his sides game against Airdrieonians.

“In the current game, there’s probably more opportunity for teams to get out through agents and players within (clubs).

“Teams will always try to find an edge but there is so much analysis in the game, so much preparation that goes in from coaches and managers, that it would be very surprising if you didn’t know the team or have a good idea of what the team was going to play.

“Marcelo Bielsa is an outstanding coach, someone I have admired for a long, long time.

“His methods, his way, are well documented in how successful he has been, he has explained his side of it and it moves on.”