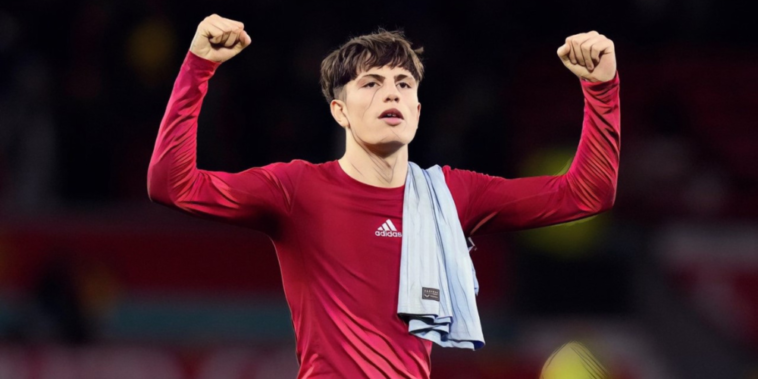 Alejandro Garnacho has revealed how studying the game has helped in his rise to prominence at Manchester United.

Garnacho was named as Manchester United’s Player of the Month for November following an exciting emergence into the senior side. The teenager made his full first-team debut in October, before scoring on his second start against Real Sociedad in the Europa League.

The Argentina then added a crucial second goal for the Red Devils, with a brilliant stoppage-time winner against Fulham to open his account in the Premier League, while he has also registered two assists for the club.

Garnacho has now opened up on his emergence and how he looked to impact the game off the bench at Fulham.

“For the Fulham goal, I’d been keen to come on and we were drawing one each at the time,” he told manutd.com.

“The situation in the game was just right for the counterattack, and for running at people, which is what I like to do.

“I played a one-two with Christian Eriksen and he put me in with a great pass as I ran in behind the defence and I was able to finish it off. In that moment, everything was very intense, and I could hardly believe it!”

The 18-year-old revealed his preparation for games and believes that studying the opposition has benefitted his game.

“[You have to be ready] to go on and give everything,” he said. “At home I always study the full-backs and during the game itself; during the time I’m sitting on the bench.

“So I can then go on and know where and how I need to be looking to go past them.

“I analyse games and also opponents when I’m about to come up against them, so that I’ve got some background on each player to be ready for the game.”