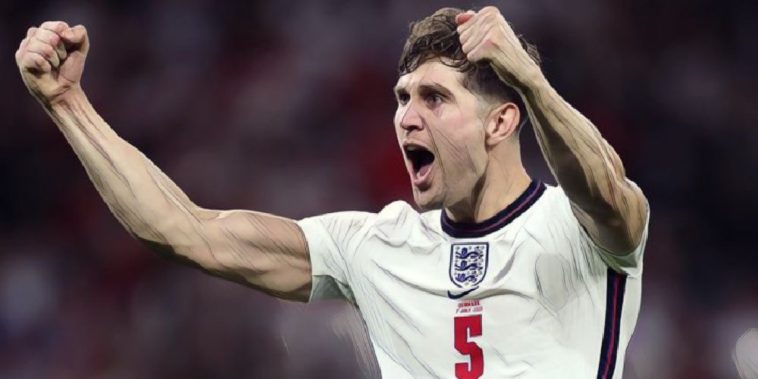 Manchester City defender John Stones has discussed his remarkable resurgence from outcast, to key man, ahead of the upcoming Euro 2020 final.

The centre-back had developed into a regular starter for both his club and country, following his £50m to the Etihad from Everton in 2016, yet following a strong World Cup in Russia, the former Barnsley man found himself cast aside, losing his place under Pep Guardiola.

That lack of action – which saw him play just 16 games in the 2019/20 Premier League season – also hindered his game time at international level, as too did his costly mistake in the Nations League semi-final defeat to the Netherlands.

Out of the squad and out of form, the defender looked a certainty to miss out on the European Championship’s squad last summer, before the tournament’s delay ultimately bought him an extra year to re-stake his claim.

The arrival of Ruben Dias at City appeared to have pushed him further down the pecking order, yet the 27-year-old succeeded in ousting Aymeric Laporte from the starting XI, with Dias and Stones going on to form a superb partnership that served as the bedrock for their Premier League title success last term.

Now back at the top on the international stage also, Stones – who has started every match at Euro 2020 – has admitted he may not have been picked had the tournament gone ahead last year, while also revealing his pride at having helped the nation to a joint-record of five successive clean sheets at a European Championship.

📊| John Stones is the 𝗳𝗶𝗿𝘀𝘁-𝗲𝘃𝗲𝗿 defender to keep 𝟱 consecutive clean-sheets for #ENG in a major tournament. ✨

“I was made aware of the record and what a new record to set. I’m a bit speechless about it and super proud of. We’ve worked hard for it and it has clicked in this tournament with the defensive mentality that I tried to bring from my season with City.

“We’ve gelled it together and it’s been an incredible six games so far. Obviously we conceded in the last game but showed the mentality to bounce back from that. It’s something I’m super proud of.”

It’s not been an easy road for a player whose career looked to be heading in the wrong direction 12-18 months ago, although he insisted he’s potentially all the better for having to have overcome a number of setbacks.

“I think all those times have made me who I am now,” he said. “I wish there was an easier route but that is football. I think in any walk of life you have setbacks and I have tried to learn from them and stay positive and stay true to myself.

“I think on Sunday, if selected, it is a massive moment for me and my family. Especially going through tough times and things like that.

“All the hard work and dedication come into my mind and maybe I realise why I have worked so hard to be where I am right now and it is a proud moment. Hopefully I will start and experience what we have experienced already at Wembley with the fans.”