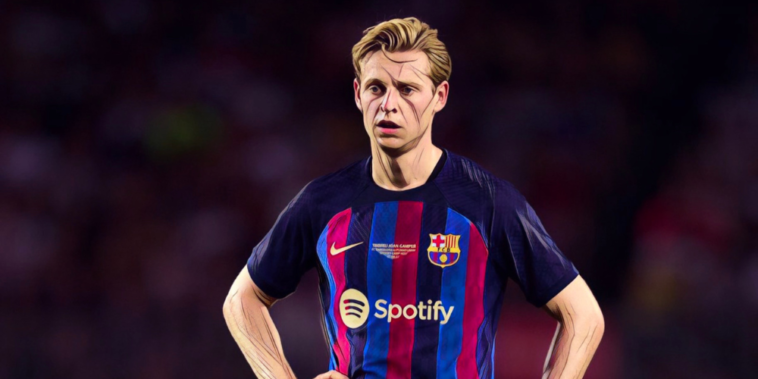 Frenkie de Jong has insisted he always wanted to remain at Barcelona during the summer, following speculation linking the midfielder with Manchester United and Chelsea.

De Jong was subject of intense transfer speculation during the summer with Barcelona having been open to the sale of the Dutchman in their need to raise funds. Manchester United agreed an initial fee for the 25-year-old, while Chelsea were also credited with an interest in signing De Jong.

The midfielder had been the number one transfer target for Erik ten Hag at Old Trafford, having previously worked under his compatriot at Ajax.

De Jong has now opened up on the summer saga and insists his mind was focused on Barcelona, despite a ‘clash’ of ideas with the club’s hierarchy.

Speaking at a press conference ahead of the Netherlands’ Nations League fixtures with Poland and Belgium, De Jong said: “For me it was clear, I wanted to stay at Barcelona and this is why I always remained calm in the summer. There’s no problem – between me and my teammates nothing has changed.

“Chelsea and United links? A lot has happened and things were a little troubled, but my own decision was clear from the start.

“I can’t give too much details away. But look.. the club has it’s own ideas and I have my own ideas too and sometimes this clashes with each other. But at the end of the day things went okay.”