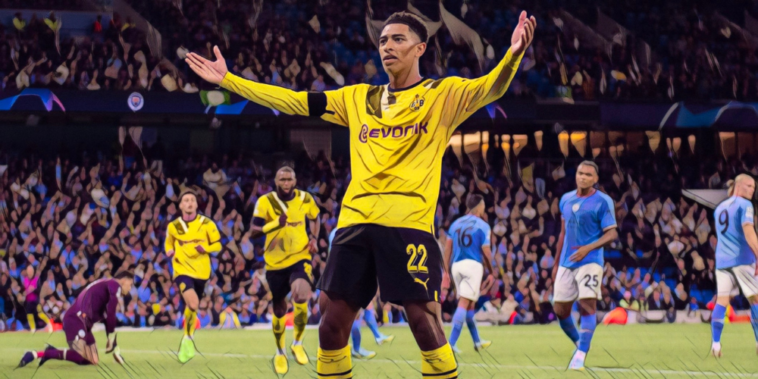 The release date of FIFA 23 is fast approaching and excitement is building ahead of the latest edition of the franchise which arrives at the end of this month.

EA Sports have drip-fed fans glimpses of the new game in what will be the last of the iconic series, as the long-running partnership between EA and FIFA comes to an end after more than two decades.

Wonderkids are always a talking point on each edition and ahead of FIFA 23 we’ve looked at the five best u21 players on the game.

Bukayo Saka continues to grow in influence and importance at Arsenal, with the 21-year-old having had a career-best campaign in 2021/22.

Saka scored 12 goals and laid on a further seven assists for the Gunners in all competitions, form which saw the winger named as Arsenal’s Player of the Season for a second consecutive campaign.

It’s a remarkable feat for a footballer who only celebrated his 21st birthday earlier this month, with Saka arguably the face of Mikel Arteta’s improving side at the Emirates.

The England international has now been directly involved in 36 Premier League goals for Arsenal (18 goals, 18 assists), with only Cesc Fabregas (63) having been involved in more for the club aged 21 or under.

Expect his already impressive scores for pace (84) and dribbling (82) to rise if utilised on Career Mode.

Florian Wirtz announced his arrival in the Bundesliga as the competition’s youngest ever goalscorer during the 2019/20 campaign, before the teenager made himself a household name across Europe last season.

Wirtz provided 24 goals and assists in just 31 appearances for Bayer Leverkusen last season, with the teenager underlining his status as Germany’s most exciting young talent.

Wirtz’s phenomenal season came to an abrupt end in March after the midfielder suffered an ACL injury and he is currently undergoing his rehabilitation ahead of a first-team return.

Leverkusen will hope the precociously talented Wirtz – who has already won four caps for Germany – is back sooner rather than later.

Bayern Munich’s roadrunner had a disrupted 2021/22 campaign after being diagnosed with an inflammatory heart condition, but remains one of the highest rated young players on FIFA 23.

Davies – who has since recovered from the myocarditis – won a fourth consecutive Bundesliga title last season and will now hope to get back to his brilliant best as one of Europe’s most exciting full-backs.

The Canadian is a marauding presence down the left flank and is one of the fastest footballers on FIFA 23, having been given a pace rating of 94 – just five players can better that.

Jude Bellingham has been given a significant boost ahead of FIFA 23, with the Borussia Dortmund midfielder rising from a 79 overall to an impressive 84 in the latest edition.

Bellingham has enhanced his reputation as one of Europe’s most promising young talents at Dortmund, where he scored six goals and provided 14 assists last season.

Bellingham only turned 19 during the summer, but has already racked up a century of appearances for Dortmund and has won 15 caps for the senior England side. He will be hoping to cement his place in the team ahead of the Three Lions’ World Cup campaign in Qatar.

The highest rated u21 player on FIFA 23 is Pedri, whose brilliant breakthrough at Barcelona has seen the midfielder emerge as one of world football’s best prospects.

Pedri has made 82 appearances for the Catalans since signing from Las Palmas, where his intelligence and technical gifts – coupled with sharp acceleration and grace in possession – have earned comparisons to Andres Iniesta.

5 – Top 5 players with the most through balls in Europe's top five leagues this season:

The 19-year-old starred at the delayed Euro 2020 last summer to be named as the Young Player of the Tournament and later added the Golden Boy and Kopa Trophy awards to a growing list of individual accolades.

Already irreplaceable for club and country, the sky is the limit for Spain’s latest midfield star.