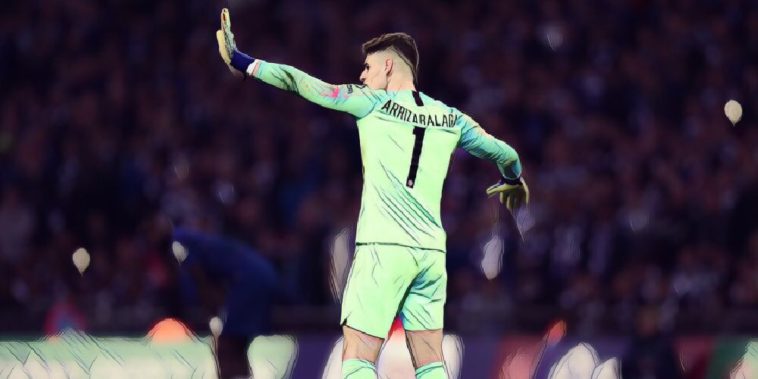 Frank Lampard will make another move to add Derby’s Shay Given to his coaching staff amid ‘concerns’ over the form of goalkeeper Kepa Arrizabalaga.

The Chelsea manager worked alongside the Irishman at the Championship club last season and was keen to bring Given with him to Stamford Bridge alongside first-team coaches Jody Morris and Chris Jones last summer.

However, the Chelsea board were keen to promote Henrique Hilario into the role as goalkeeping coach following the departure of Maurizio Sarri and his backroom staff, with Given remaining at Pride Park to work alongside new manager Philipp Cocu.

Lampard is hopeful that his impressive start to life as Blues boss will now give him greater bargaining power with the club’s hierarchy, and the Daily Mail are reporting that the 41-year-old will once again request a move to bring Given to West London as part of his coaching staff.

Lampard has apparently become increasingly concerned by the form of 25-year-old goalkeeper Kepa, the Spanish international who was signed by the club in a world-record £71.6m deal from Athletic Bilbao last year.

The Blues have conceded 17 times in their opening 12 Premier League games this season, with Kepa having looked susceptible to mistakes on occasion, particularly from set-pieces.

Hudson-Odoi reveals how close he came to joining Bayern Munich