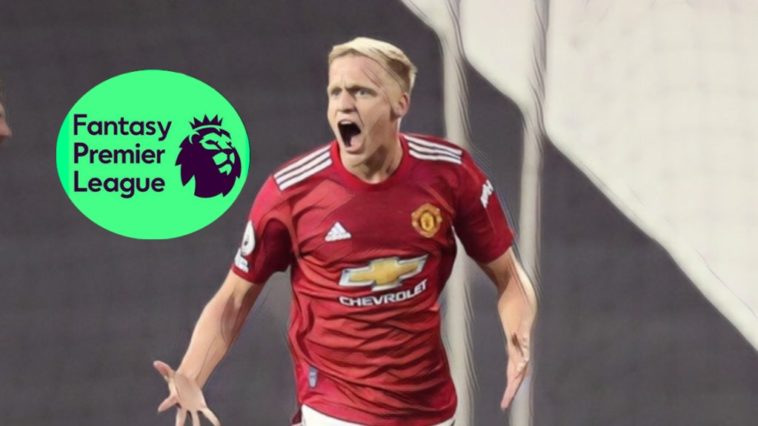 Just two weeks into the return of Fantasy Premier League and plans have already gone out the window. As ever with this game logic does not exist and it has everyone scrambling to get their season on track.

Wildcards are being used left, right and centre in order to perform major surgery on squads, while everyone tries to second guess who is going to be the coming week’s big points scorer.

We’re going to tackle some of the big talking points heading into gameweek 3 and solve some of the issues relating to them before this Saturday’s deadline.

One of the big talking points in preseason was what to do with Manchester United (and Manchester City) assets considering they both blanked in gameweek 1, along with Aston Villa and Burnley. Some managers, like me, took a hit to bring in an United player, while some even kept one on the bench from the start so they wouldn’t have to. I can’t imagine many of them aren’t having huge regrets after gameweek 2.

While City looked as ferocious as ever in attack, United were at their turgid worst. Despite taking 17 shots they failed to create many clear cut chances, relying on long range efforts to break down Crystal Palace’s low block. In addition, they looked weak in defence as Wilfried Zaha and Andros Townsend exposed Harry Maguire and Victor Lindelof badly. They struggled without Aaron Wan-Bissaka shutting down the right wing.

That said, United endured a lengthy and arduous campaign last season and were only able to fit in one preseason fixture. With the cobwebs shook off and a League Cup victory over Luton Town getting them back to winning ways, they should be better prepared for this weekend. And for as attractive as Brighton’s play is, they are suspect at the back, which should give United’s key assets an opportunity to get off the mark.

What do you do with Man United assets after GW2? #fpl

However, as pointed out on The Fantasy Faithful podcast this week, United have been very streaky under Ole Gunnar Solskjaer, going on long winning runs before suffering barren spells that last for an age. That’s why we recommend a wait-and-see approach with the Red Devils until they start showing a bit more of the attacking flair that took them to the top four last season.

Although Wolves followed up their opening win over Sheffield United with a 3-1 defeat to Manchester City, there were plenty of positives to take from their performance against Pep Guardiola’s charges.

City’s win was never truly in doubt, but there was 20 minute period in the second half where they looked very dangerous and perhaps should have scored more than they ultimately did. Raul Jiménez (£8.5) has kicked off the season with his usual consistency, scoring twice over the two games and managed to get three shots in the box against City.

The man who provided the assist for the Mexican’s goal against City, Daniel Podence (£5.5), looked really good on Monday night, making two key passes, creating one big chance, and nutmegging Kevin De Bruyne in a moment of brilliance. Playing high up the pitch, his price as a midfielder makes him one of the most attractive assets in the game right now.

Although City carved them open like a roast at a carvery at times, we still expect Wolves to be one of the better defensive units this season. There has been upheaval in the backline during the transfer window with Matt Doherty leaving for Spurs and Fernando Marçal (£5.0) and Nelson Semedo (£5.5) coming in, but Romain Saiss (£5.0) is probably the best pick of the lot.

Tottenham Hotspur’s 5-2 demolition of Southampton has managers turning to Heung-min Son (£9.0) and Harry Kane (£10.5) in their droves, but we would offer a word of caution for those leaping on this bandwagon.

The north London outfit’s second-half performance was indeed impressive, Son taking advantage of the Saints’ high line (which we predicted on last week’s podcast) to score four goals while Kane dropped in the pocket to act as a defacto number ten.

But this had the feeling of a once-off occasion for a few reasons. For one, not many teams are going to be so naive against the pace of Son. You won’t see Newcastle United play like that against them this weekend, for instance. As such, Spurs won’t be able to replicate that strategy to the same extent in other matches. This was a very particular matchup that called for a particular set of tactics.

It also shouldn’t be forgotten how poor they were against Everton and in the first half on Sunday. Therefore it would be a bit rash to start lumping on Spurs on the basis of one good 45 minute period. With Europa League and League Cup commitments ensuring they will be facing a severely congested fixture schedule this month, it feels like a trap.

Have patience with Chelsea

With so much hype and expectation surrounding Chelsea’s big money signings this year, the Blues have underwhelmed in their opening two league matches. The 3-1 scoreline flattered them against Brighton, and they failed to lay a glove on Liverpool at Stamford Bridge the following week.

The south west London outfit have created just two big chances so far, the fourth worst total in the league, while they have also had the second fewest shots from open play (10). That is a stark fall from last season, when they were third and second in those respective categories.

That’s perhaps not surprising, however, given they faced the reigning champions with ten men for an entire half. That mitigating factor has not stopped a boatload of managers getting rid of both Timo Werner (£9.0) and Kai Havertz (£8.5) ahead of gameweek 3.

We can’t blame anyone for doing so really, given what we’ve seen so far, but it might be a step too early to offload Chelsea assets just yet. Up next they face West Brom, who have conceded the joint-most shots in the box (24) so far, conceding eight goals in just two matches.

If there was one opponent you would want to kickstart your campaign against, it would be the Baggies. Havertz got off the mark midweek with a hat-trick during the 6-0 defeat of Barnsley in the League Cup, and although that result should be taken with a pinch of salt given the defensive errors that lead to the goals, it’s nonetheless encouraging to see.

Werner’s pace and guile should be way too much for West Brom to handle, allowing the German to open his account in the Premier League. With Christian Pulisic, Hakim Ziyech and Ben Chilwell all in the process of returning from injury, the team’s attacking output should gradually pick up in the near future.

Invest well in your midfield

It’s early days yet, but already you get the sense that having five strong midfielders is a must. There are simply too many good midfield options out there to have water carriers and placeholders in tow, so you should be giving serious consideration to using a 3-5-2 formation.

There are a number of really good low to mid-range midfielders out there that you can buy in addition to the big hitters, such as the aforementioned Podence, Phil Foden (£6.5), Wilfried Zaha (£7.1), Helder Costa (£5.6), and Harvey Barnes (£7.0).

However, if you do choose to go with a four-man midfield and are in need of a placeholder, then we recommend one of Andre Frank Zambo Anguissa, Yves Bissouma (once his suspension is over), Oli Burke, Steven Alzate, Harrison Reed, Oriol Romeu, and James McCarthy (all £4.5).

None of those names are particularly spectacular and they won’t earn you many points over the season, but they are virtually guaranteed to start every week and play at least 60 minutes, which is exactly what you need from bench fodder.