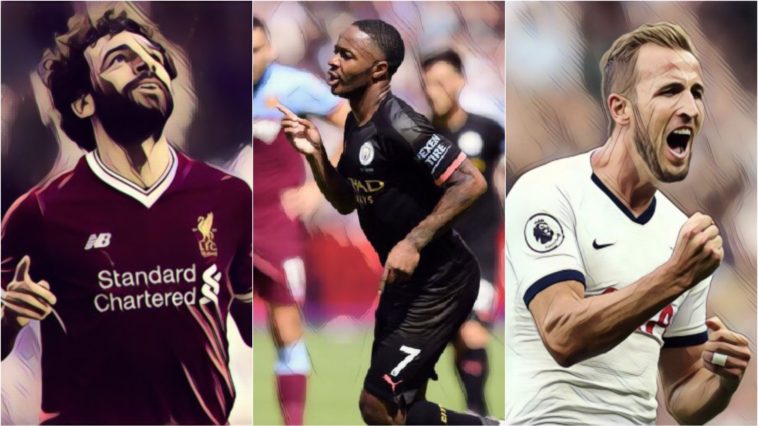 Fantasy Premier League is back after a short hiatus for the international break, so here are some tips on which captain to pick for Gameweek 5.

Off the back of an international break where he was a big contributor to some of the nine goals England put past Bulgaria and Kosovo, Raheem Sterling will be looking forward to taking apart Norwich City’s defence.

The Canaries have impressed since making the jump from the Championship to the Premier League, but they’ve only managed one win over a poor Newcastle team, are second from bottom in the table already, and, most worryingly ahead of this weekend, they’ve conceded ten goals, more than any other team.

Raheem Sterling for club & country since Pep Guardiola was appointed:

People tried to tarnish his name, but he’s truly risen above it.

That will be music to the ears of Sterling and co. when the two teams meet on Saturday, as Man City are the highest scoring team in the division with 14 goals. The Englishman accounts for 35% of the side’s total, scoring five in four games, while no player has had more big chances or shots inside the box. Only Sebastien Haller and Marcus Rashford have more expected goals (xG) than his 2.78.

Of course, if Sterling is an option for captaincy, then so too is Sergio Aguero. The Argentine striker has taken 13 shots this season, six of which have been on target. With six goals to his name so far, that means he’s scored every time he’s shot the ball on target.

After four games, Mohamed Salah’s return of three goals and two assists feels somewhat meek for a forward with such explosive ability. But his underlying statistics match that of Raheem Sterling, who has been praised to the heavens this past week, to an almost eerie degree.

Both men lead the league in big chances (6) and shots inside the box (12), and both have the same number of goal involvements (5). Sterling’s seven shots on target is one better than the Liverpool attacker and his xG total is 0.5 ahead, but they are still more or less on a par with each other in every category.

The winner of our Goal of the Month award for August…

It’s amazing then that the Manchester City man has received so many plaudits in comparison to the Reds player. That’s not to say Sterling is undeserving of them, far from it, but that Salah’s excellence has become so banal we no longer sing about it from the rooftops. It’s the norm and we’ve come to expect nothing less.

The Egyptian was also the subject of a sideline tirade from teammate Sadio Mane, after not laying the ball off to the Senegal international when he was in a great position from which to score. But Salah has laid on nine attempted assists for his colleagues (Sterling only has four), with two of them resulting in goals.

We need to talk about Harry Kane. The England striker just hasn’t looked at the races this season, or at least not up the usual standards he has set for himself. Three goals in the first month of the season is actually his best start to a campaign by far in his career, but he looks a yard off the pace and not as dangerous as he has in the past.

Kane certainly looks leaner than he ever has, but has he ran himself into the ground in order to be fit for this season, meaning he’s sluggish as a result? Or are the numerous ankle injuries catching up with him and he’ll never quite be the player ever again?

Whichever one it is, these are big questions for FPL managers trying to figure out which premium players to have in their ranks. At £11.0, Kane does not look like he’s worth the opportunity cost in the long run, but almost 24% of you still have him so it’s worth seeing if he’s a viable option for captaincy this weekend.

As I was driving home last night a caller into a radio show said Harry Kane shouldn't be the England captain or guaranteed his spot because he's completely out of form. As Kane walks off after his hat-trick and assist today, that's six goals in five games so far this season.

The forward scored four times in the two recent Euro 2020 qualifiers this past week, although that has to be tempered by the fact the opposition was quite poor by Premier League standards and two of them were from the penalty spot. But still, scoring doesn’t hurt and it certainly made me think twice about selling him this week.

On Saturday Tottenham Hotspur face Crystal Palace, who, while not a strong side, can be a tricky and frustrating opponent, as Manchester United found out to their chagrin last month. The Eagles have also only conceded twice, the meanest defence in the top flight after four games.

Their backline is an aging one though, and one does not have to be Usain Bolt to outpace the likes of Gary Cahill. If Kane can regain the sense of timing and positioning that made him such a weapon for Spurs in years gone by, then he might cause a few problems. But the fact he’s on penalties is the most attractive reason for captaining Kane at this stage, but he would be the least favourable of the three options listed here.