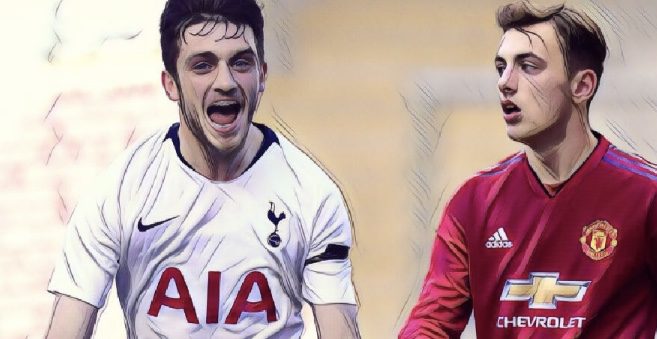 Let’s be honest it’s been a pretty depressing time to be an Ireland fan in recent years. Although our dream of making it to the World Cup in Russia only faltered after a humiliating 5-1 defeat to Denmark in the playoffs, the general level of play and rudimentary tactical approach under Martin O’Neill had been painful to watch.

None of us expect Ireland to be world beaters, but watching the finest players our country has to offer struggle to string a couple of passes together was excruciating and resulted in a situation whereby watching O’Neill’s side became a chore bound out of a feeling of duty.

However, it seems the recent dearth of quality players may be coming to an end and there are some serious reasons for optimism as we seek to close the cavernous gap that has seemed to open between us and many other footballing nations.

Despite, going out of the recent U17’s European Championships held in Ireland after three draws in the group stages, it was heartening to see Patrick O’Flaherty’s side so comfortable in possession from back to front. It seems so much good work done at underage level is starting to bear fruit and the time is near when we will no longer feel like a nation whose footballing identity has become outdated.

Unless you don’t already know, there are some top class young players that will be aiming to make a breakthrough in the near future, so much so that it was actually a bit of a nightmare whittling this list down to five…

One of Ireland’s biggest problems in recent years has been the massive Robbie Keane sized hole in our team when it comes to finding the oul onion bag. Plenty have tried and while we can’t fault them for effort, the quality just hasn’t been up to scratch. However, those issues may soon become a thing of the past, with young Brighton forward Connolly just one of quite a few gifted strikers ripping it up across the water at the moment.

19-year-old Galway native Connolly has been winning rave reviews for Brighton’s U23 side and recently won the Premier League 2 Player of the Season award, after netting 11 goals in 15 appearances. His coaches speak of a youngster whose clinical finishing and pace set him apart, while his hunger to score goals is a hallmark of all top strikers.

Connolly is expected to be one of the stars of Stephen Kenny’s exciting U21 squad that will take part in the Toulon tournament this summer, and if he keeps progressing at his current rate he seems destined for a career at the top level.

Manchester United man O’Connor is a classy defender highly rated by the likes of Nicky Butt and Kieran McKenna at Old Trafford. Comfortable playing anywhere across the backline, the 18-year-old is very much a modern-day defender, technically adept on the ball and blessed with impressive pace.

The Waterford born youngster has also shown himself to be a leader, having captained both United and Ireland at youth level. O’Connor featured 21 times for the Red Devils U23 side this season and many are tipping him for a loan move to secure some vital first-team experience.

Having been called into the senior Ireland squad last November for the games against Northern Ireland and Denmark, he is a young player of undoubted potential, who we will also get to see in action in Toulon.

Our youngsters are at the @PSV_OttenCup and #MUFC captain Lee O'Connor scored this great goal yesterday… 👏 pic.twitter.com/g3VCSpEso6

Luca Connell is the man on many peoples lips this week, after the promising youngster was called into the senior squad for the June internationals against Denmark and Gibraltar. Connell has won many admirers for his accomplished displays in the Championship for a struggling Bolton side. While some have suggested that Mick McCarthy is planning to cap the Liverpool born 18-year-old in order to avoid a repeat of the Declan Rice fiasco, the Ireland boss told RTE:

“I’ve not brought him in for that.

“I’ve brought him into the full squad and I’m hoping that he wants to be there.

“He was playing for the Under-17s so as far as I’m concerned, he is Irish and he wants to play for Ireland.”

“Who knows? If he rips it up and is the best player in training next week…

“So if he gets a game in any of the games, he will get it on merit, it’s not me being mischievous.”

Connell has shown himself to be an excellent all-round footballer, comfortable in at the back or in midfield during his 10 appearances in the second tier. Due to Bolton’s financial difficulties, he is widely expected to be on the move this summer, with clubs of the stature of Spurs and Everton interested in giving him a new home from next season onwards.

It was already impressive enough for a kid to have broken into the Shamrock Rovers first team just after their 16th birthday, but the fact that young goalkeeper Bazunu went on to keep four consecutive clean sheets and pull off a superb penalty save against Cork City shows what a truly special player this fella is.

It wasn’t long until the biggest clubs in England descended on the Tallaght Stadium, and the youngster was snapped up by Man City in a deal that is the largest transfer ever involving a League of Ireland player. Despite penning a long term deal with the Etihad outfit Bazunu has decided to finish his leaving cert before heading over to Manchester to link up with City on a full-time basis next season.

Blessed with lightning quick reflexes and a maturity beyond his years, the sky really is very much the limit for this immensely talented young ‘keeper.

'This boy was unbelievable,' 16-year-old goalkeeper Gavin Bazunu starred for Shamrock Rovers against Cork City and kept out a penalty from Kieran Sadlier. #soccerrepublic pic.twitter.com/q1WK5w63CX

While we are loathe to put too much pressure on a 16-year-old, Spurs striker Troy Parrot looks the absolute dogs bollocks. Already blessed with a towering physique for one so young, it is not just his prolific scoring rate at youth level that excites, his all-round game screams of a footballing intelligence so few possess.

Parrott’s vision and ability to link play make him stand out, and having already played at U23 level for his club, anybody who has seen him in action will attest that he carries the type of hard edge who’d expect from a kid who grew up in Dublin City centre.

Spurs boss Mauricio Pochettino is known to rate the talented attacker highly and he regularly trains with Harry Kane and company. Sadly a knee injury sustained in April has robbed us of the chance to see the former Belvedere youngster in action for the youth sides this summer, but make no mistake the chances are you’ll be hearing a lot more about Troy Parrot in the years to come.