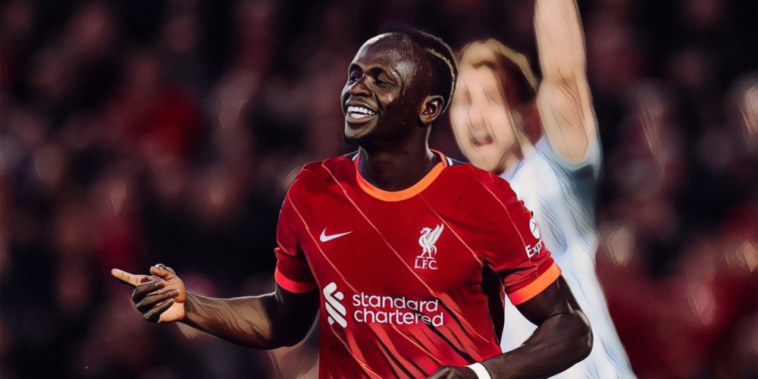 Liverpool have reinforced their forward options with the signing of Cody Gakpo this month, securing a deal worth an initial £37m for the PSV Eindhoven star.

Gakpo had been linked with a host of Premier League rivals before the Reds made their move, with Manchester United credited with a keen interest in the Netherlands international.

Liverpool’s interest ultimately saw Gakpo decide on a move to Anfield and it’s not the first time that the Merseysiders have swooped in to steal a target from their greatest rivals.

Harry Kewell was a target for several leading sides as Leeds desperately sought to raise funds. Barcelona, AC Milan, Chelsea, Arsenal and Manchester United were all interested in the Australian, but it was Liverpool who won the race in a cut-price deal worth just £5m.

Kewell’s fee was vastly reduced to his contract situation and Leeds’ financial problems, with more lucrative proposals turned down as the winger set his sights on a move to his boyhood club. Kewell spent five seasons at Liverpool, but was plagued with fitness issues and rarely produced his Leeds’ best in a red shirt.

A wonderful curling shot at Elland Road back in 2004 😍⚽ pic.twitter.com/PG6qnZjHoe

United’s loss proved a blessing in disguise, as Kewell’s move to Merseyside paved a clearer path to the signing of a certain Cristiano Ronaldo that same summer.

“I saw him in the Toulon Under-21 tournament and we went for him,” former Liverpool manager Gerard Houllier recalled to the Liverpool Echo on the club’s interest in Ronaldo.

“But we had a wage scale and we weren’t paying the sort of salary he wanted. Then Manchester United played a friendly against Sporting Lisbon and all their boys said to Sir Alex Ferguson: ‘You have to sign him’.

“But I agreed with not breaking the wage structure. I thought it would cause problems in our dressing room. Maybe we would have won the title with Ronaldo, but we had Harry Kewell, who was outstanding at the time and was very hungry but got a bad injury,” Houllier added.

“After that, he never had the same confidence, the same appetite.”

Sadio Mane revealed how close he came to signing for Manchester United, with the Red Devils having tracked the winger at Southampton.

Mane had impressed across two seasons in the Premier League at St Mary’s, including a record-breaking hat-trick inside 2 minutes and 56 seconds in a 6–1 win over Aston Villa. The division’s top sides took notice of the Senegalese speedster, but it was Liverpool who secured a £34m deal in 2016.

“I have to say, I was really close to going to Manchester United,” Mane told the Daily Telegraph.

“I had the contract there. I had it all agreed. It was all ready, but instead I thought, no, I want to go to Liverpool. I was convinced to go with Klopp’s project.”

Mane became Klopp’s first major signing at Liverpool and proved a transformative arrival. He was named as the club’s Player of the Season during his debut campaign as the Reds secured Champions League football, the first step towards an era of success at Anfield.

In tandem with Roberto Firmino and Mohamed Salah, Mane formed a devastating frontline that propelled Liverpool towards major honours.

Mane won the Premier League, FA Cup, EFL Cup, Champions League, UEFA Super Cup and Club World Cup with the Reds and scored 120 goals in 269 appearances across all competitions. Twice named as African Footballer of the Year during his time on Merseyside, he also won the Premier League’s Golden Boot during the 2018/19 season.

Manchester United were linked with a move to sign Fabinho following the midfielder’s emergence at Monaco, with the midfield anchor a pivotal part of the club’s 2016/17 Ligue 1 title success.

The speculation saw Fabinho address the rumours, calling a move to Manchester a ‘tempting invitation’ in 2017.

“It’s a tempting invitation,” he told ESPN Brasil. “I would first talk to my agent, Monaco too, to decide everything is right. But it’s a great club, sure enough I would think well about it.”

Fabinho instead signed for Liverpool the following summer, in a move which came out of the blue. Rumours of the Reds’ interest were minimal, until the midfielder was paraded as a Liverpool player.

Fabinho later revealed that Manchester United had failed to follow initial talks with a formal offer, allowing Liverpool to steal in and secure a deal.

“I was never close to signing for Manchester United, no,” Fabinho told FourFourTwo. “I heard things said about it, but the truth is it was never a strong possibility.

“I won’t deny there were a few conversations about my situation with Monaco, but there was never an official offer from United.”

Fabinho has since established himself as one of Europe’s leading defensive midfielders at Liverpool, winning a clean sweep of major honours under Jurgen Klopp. United instead signed compatriot Fred, with the midfielder having underwhelmed in the Premier League.

It has taken several seasons for the Red Devils to address their weak centre, with the arrival of Casemiro last summer securing the midfield presence that the club passed up on in Fabinho.

Thiago Alcantara’s name was linked with a move to Manchester United for several seasons, with the club’s interest first emerging in 2013 as the midfielder sought regular football away from Barcelona.

United missed out on a deal, as the Spaniard signed for Bayern Munich. In Germany, he won seven consecutive Bundesliga titles and the Champions League as part of a continental treble in 2019/20.

United were again linked with Thiago as news emerged that the midfielder was keen on a new challenge in 2020, with Bayern prepared to accept offers for a player who had entered the final year of his contract.

It gets better every time you watch it, @Thiago6 🤩 pic.twitter.com/zOF9G608Eo

Despite the long-time interest from Manchester, Thiago instead signed for Liverpool in a deal worth an initial £20m. He has since made 87 appearances for the Reds and remains a central part of Jurgen Klopp’s plans, having formed part of the team that won a domestic cup double in 2021/22.

He was named in then PFA Team of the Year last season as Liverpool reached the Champions League final. Defeat to Real Madrid saw Thiago fall agonisingly short of becoming just the second player to win the competition with three clubs.

Europe’s biggest clubs competed for the signature of Darwin Nunez last summer, after the forward’s prolific campaign at Benfica.

Manchester United had placed Nunez firmly on their radar as new manager Erik ten Hag sought a centre-forward, following a season which saw the Uruguayan win the Primeira Liga Player of the Year after scoring 26 goals in 28 league appearances for the Portuguese side.

Liverpool moved quickly to beat off the competition and announced Nunez’s signing on a six-year deal, with the fee worth an initial £64m, potentially rising to a club-record £85m in add-ons.

United’s lack of Champions League football is understood to have had a role in Nunez’a decision, with the forward set on a move to Merseyside and the prospect of working under Jurgen Klopp.

He has scored nine goals in 14 starts across all competitions since arriving into the Premier League, but has found himself the subject of criticism after several wasteful performances around goal.