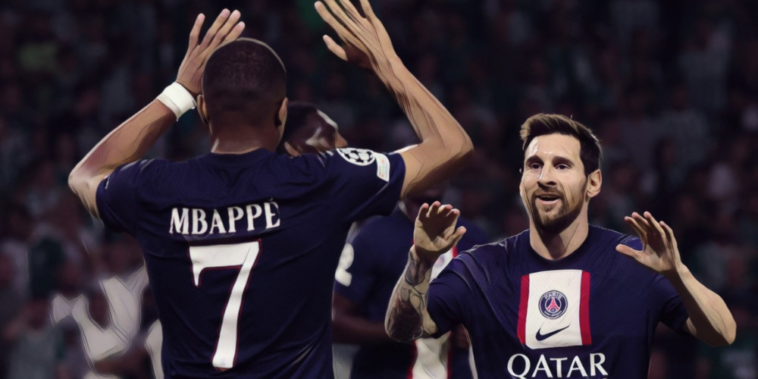 Ahead the latest round of Champions League group stage action, we look at five talking points.

Barcelona on brink ahead of Bayern test

Barcelona had hoped their summer recruitment drive – which included the marquee arrival of Lewandowski – could revive their European ambitions, but Xavi’s side are on the brink of an early elimination.

Barcelona will 'lose £18 million in budgeted income' if they fail to qualify from the Champions League group stages. pic.twitter.com/t0XYX7wkcS

Barcelona have not won since their opening fixture against Viktoria Plzeň and face an old enemy knowing anything less than three points will confirm their exit. Even that might not be enough, should Inter – as expected – beat Viktoria Plzeň in the group’s other fixture.

Bayern have won seven of their last eight meetings with Barcelona, scoring 26 goals in the process, and the Bundesliga champions are already assured of their place in the next round after four straight wins to date.

It will be a miraculous feat should Barcelona not become one of the Champions League’s most high-profile group stage casualties.

Jude Bellingham is having some season in the colours of Borussia Dortmund, with the midfielder having excelled in the Champions League.

Bellingham has scored in each of Dortmund’s four Champions League fixtures to date, becoming just the third teenager – after Kylian Mbappe and Erling Haaland – to score in four consecutive Champions League appearances.

The 19-year-old became the third-youngest Champions League captain on matchday four after wearing the armband for Dortmund and will be crucial to the German’s hopes of success against Manchester City on Tuesday evening.

Pep Guardiola has been full of praise for the teenager pre-match, with City understood to be among the clubs considering a summer approach for the England international.

“He was 17 when he arrived but it was not just about his quality, how he was leading, his kicking, going to the referee,” Guardiola said in his pre-match press conference. “This guy was something special in terms of his mentality. Now he is 19 and he is already one of the captains. The quality, everybody knows it. The whole package is really good.”

Bellingham’s long list of suitors continues to grow, as does his price-tag with each impressive performance on club football’s biggest stage. The successful suitor will have a talent to build around for the next decade.

No margin for error in tight Group D

Few groups are as delicately poised as Group D, with just three points separating the four teams heading into the fifth round of fixtures.

Spurs lead the group after beating Eintracht Frankfurt last time out and can secure progress with a win at home to Sporting Lisbon. Wins for Spurs and Marseille – who take on Frankfurt in Germany – will send both sides through, but the group could flip entirely such is the tightness between the teams.

Antonio Conte expressed his frustration this week as Spurs’ strong start in the Premier League suffered a setback after consecutive defeats to Manchester United and Newcastle. Conte is believed to want more additions in January and progress to the Champions League’s knockout rounds could prove crucial in attracting new signings.

Antonio Conte on Tottenham plans: "I've great respect for the club and what the club wants to try to do but at the same time I know our possibilities are different to the monsters that are in England". ⚪️ #THFC

"You need to have time, don’t make mistakes in the transfer market". pic.twitter.com/FHsFavErQe

Sporting Lisbon had control of the group after back-to-back wins to open the campaign, but consecutive defeats to Marseille mean the Portuguese side must avoid defeat at Spurs to keep their chances of progress in their own hands.

Is it time to talk about Napoli as potential contenders?

Luciano Spalletti’s side have been among Europe’s most impressive teams during the season’s opening months, swatting aside teams with ease in the Champions League and leading Serie A following an unbeaten start to the campaign.

The manner of Napoli’s wins over Liverpool (4-1) and Ajax (6-1 and 4-2) have seen the Italians dubbed as dark horses for the Champions League this season. Few would have envisaged Napoli – returning to the competition after a two-year absence – upsetting Europe’s elite before a ball had been kicked this season, but their exciting young side has captured the attention to date.

Napoli are on fire this season 🔥 pic.twitter.com/C7efHxMdoD

Refreshing, fearless, free-scoring and gaining confidence, Spalletti’s side are already through to the knockout rounds after four straight wins and have scored a competition-leading 17 goals in the group stage so far.

The Diego Armando Maradona Stadium can be an intimidating arena and will become an even more raucous cauldron when the knockout rounds begin. Napoli – who are on a run of 11 consecutive wins in all competitions – will hope the World Cup does not halt the momentum around the club at present.

Improving harmony on the pitch for PSG?

The distraction of Kylian Mbappe’s future has also not helped PSG’s cause, amid rumours that the forward wants out despite signing a record-breaking contract during the summer.

On the pitch, at least, there has been encouraging signs as PSG look to find a formula capable of ending the club’s wait for Champions League success. Neymar’s return to fitness and form has been welcomed this season, while Messi has had an exceptional start of his own with 15 goal involvements from 11 Ligue 1 appearances.

The Messi, Neymar, Mbappe triumvirate has scored 25 of PSG’s 32 league goals this season, with each of their three against Ajaccio at the weekend scored or assisted by Messi and Mbappe. Those goals included a wonderfully worked interchange between the duo and Mbappe’s first assists of the campaign bode well for a challenge in Europe.

The connection between @KMbappe and Leo Messi for the second goal on Friday 😍#ACAPSG pic.twitter.com/X1RdxWeD2G

Balance has long been the issue for PSG in the Champions League, but greater chemistry between their superstar trio could help compensate for some of their shortcomings. A win at home to Maccabi Haifa on Tuesday will book their place in the knockout rounds.