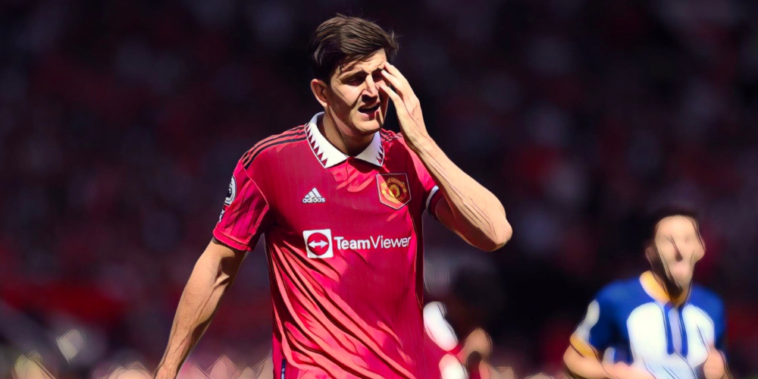 The responsibility of a captain is important in football, with those chosen to adorn the armband responsible for setting the standard, providing leadership and serving as a crucial link between the manager and dressing room.

Usually reserved for a player of utmost importance, there have been a number of Premier League captains who have seen their status decline on the pitch this season.

Here are five Premier League captains who are not currently in their team’s best XI.

Chelsea’s longest serving player was linked with an exit from the club during the summer, but instead turned down the lure of a return to Spain to sign a new deal at Stamford Bridge.

Azpilicueta has spent more than a decade in west London and his experience and versatility is invaluable to Chelsea, but the veteran defender has seen his role reduced during the current campaign.

We had to dig in to get the 3 points today! @masonmount_10 x2 ⚽️⚽️ @ChelseaFC pic.twitter.com/3idEXp6PUE

The 33-year-old – who is comfortable at full-back or as part of a back three – has started just three Premier League games this season, with the summer arrivals of Wesley Fofana and Kalidou Koulibaly having increased competition for places.

Reece James has nailed down the right wing-back role, with the England international having developed into one of Europe’s most productive defenders, and Azpilicueta has been reduced to just 365 minutes of Premier League football this season.

James is facing a period on the sidelines with a knee issue at present and Azpilicueta will hope to earn more minutes in his absence over the coming weeks.

Jamaal Lascelles has captained Newcastle since 2016, but has found himself on the fringes in recent months as the club’s revolution accelerates.

The arrivals of Dan Burn and Sven Botman across the past two transfer windows have pushed Lascelles down the pecking order, with Fabian Schar also ahead of the centre-back in Newcastle’s plans following a resurgence in form under Eddie Howe.

Lascelles has started just once in the Premier League this season and has totalled just 96 minutes of league action, with his hopes of a recall slim as the Magpies continue to impress defensively.

Howe’s side have lost only once in the Premier League during the current campaign and have conceded just nine goals across their ten games – the best defensive record in the division.

Seamus Coleman has proven arguably Everton’s greatest pound-for-pound purchase of the Premier League era, having spent more than a decade in the first team since his £60,000 arrival from Sligo Rovers.

Coleman will celebrate the 13th anniversary of his Everton debut this week, but the club captain has had to make do with a peripheral role for much of the campaign to date. Nathan Patterson has impressed since taking his chance during the season’s early weeks, capitalising on a pre-season injury for Coleman to claim a regular role in Frank Lampard’s plans.

Coleman returned for the 2-1 defeat to Manchester United last week due to Patterson’s own injury, but is expected to play a supporting role to the Scotland international this season. The 34-year-old is out of contract at the end of the campaign and Lampard suggested a decision on his future will come from Coleman, with a new deal an option as long as the defender feels he is contributing to the cause.

He has featured in 30+ fixtures for Everton in eight of the past ten campaigns and that number would have increased had it not been for a serious leg break. He has made 332 league appearances for Everton, just 22 short of Tim Howard’s Premier League record for the club.

Erik ten Hag placed his faith in Harry Maguire before a ball had been kicked this season, insisting that the centre-back would continue as captain of Manchester United under his regime.

Maguire’s performances and status as captain had been criticised last season, but Ten Hag opted for continuity ahead of his first campaign in charge.

While the England international’s place as captain was assured, his position in the team was less so. Back-to-back defeats to Brighton and Brentford saw him dropped from the side and he has played just ten minutes of Premier League football since that latter loss in August.

Lisandro Martinez and Raphael Varane have shown signs of an encouraging understanding in his absence and the centre-back faces a fight to dislodge that duo, given an upturn in results at Old Trafford.

His lack of minutes will be a concern for Gareth Southgate, who has maintained his trust in the 29-year-old at international level. However, a thigh injury sustained during September’s international break and Maguire’s slipping status at club level is not ideal preparation for next month’s World Cup.

Luka Milivojevic was once a central figure in Crystal Palace’s plans but has struggled for a regular role since Patrick Vieira’s arrival as manager.

The Serbia international made just nine league starts for the Eagles in 2021/22 and has continued as a bit-part player during the current campaign. Milivojevic has totalled just 106 minutes of Premier League football across six substitute appearances, with the experienced midfielder having not been named in the starting side to date.

Vieira’s move to a more energetic and vibrant side has seen Milivojevic fall out of favour, with summer signing Cheick Doucouré preferred to anchor the Eagles’ midfield.

Milivojevic has been a fine servant in South London but is expected to move on when his current contract expires at the end of the season.