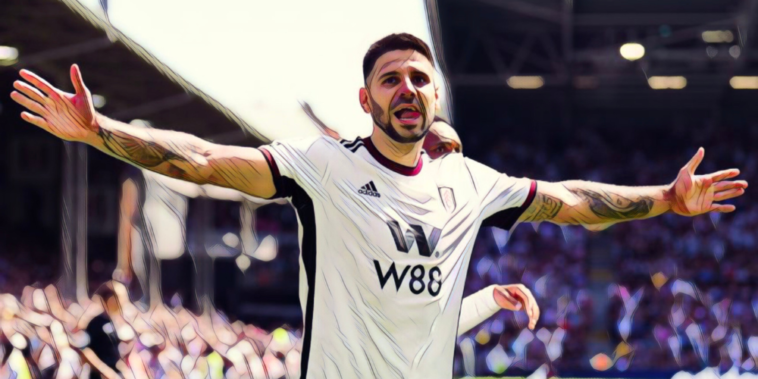 Pre-season predictions can often make a fool of so-called experts, with hindsight coming back to haunt bold claims made before a ball has been kicked.

As the Premier League season prepares to pause for the winter World Cup, it appears a fine point to take stock of the season so far and reflect on the opening months of the campaign.

Each season has its fair share of surprises and the current campaign has been no different, with a number of predictions appearing far from accurate.

Aleksandar Mitrovic will struggle in the Promised Land

Aleksandar Mitrovic’s record-breaking exploits in the Championship were not enough to convince all last season, with many having backed the Serbian to struggle following Fulham’s promotion.

Mitrovic had earned an unwanted label as a flat-track bully, one far too good for second-tier defences but who couldn’t quite cut it at the top level. A record of 81 goals in 101 Championship appearances for Fulham proved the former point, with just three goals during the Cottagers’ 2020/21 relegation supposedly adding weight to the latter.

Mitrovic’s last season in the Premier League had been an unhappy one, but it was an unsettled season as he was handed just 13 league starts. Scott Parker overlooked the club’s most reliable source of goals and Fulham dropped down a division as a consequence.

Reinstated as the main man under Marco Silva, Mitrovic has thrived. After obliterating the Championship’s goal record last season, he began the new campaign with a bulldozing performance as Fulham held Liverpool at Craven Cottage. Virgil van Dijk has not been the only defender who has struggled against the Fulham forward, with Mitrovic’s fine form having led the Cottagers into the top half.

Only Erling Haaland and Harry Kane have scored more than the 28-year-old, who has nine goals in 12 league appearances this season.

Liverpool will be title contenders

Liverpool chased immortality across the final stages of last season, as Jurgen Klopp’s side competed for an unprecedented quadruple of major trophies. The Reds missed out on the Premier League title on a dramatic final day and had to settle for a runners-up finish in the Champions League.

A domestic cup double provided consolation and the club’s ability to compete on four fronts indicated another season of success in 2022/23. That view appeared accurate after a commanding performance to beat Manchester City in the Community Shield, but since then it’s been a season of inconsistent performances for a team below their usual standards.

Liverpool began the campaign with a fortunate draw at Fulham and have since struggled to gain momentum. Wins over Manchester City and Spurs were positive, but there have been numerous setbacks including humbling losses to Nottingham Forest and Leeds.

Having lost just twice in the Premier League last season, the Reds have already lost on four occasions during the current campaign. Liverpool are eighth, a whopping 15 points behind the league leaders heading into the World Cup break.

It will take some comeback if the Merseysiders are to claw their way back into title contention.

Erling Haaland will find the Premier League a step up

Erling Haaland’s arrival was the most exciting import into the Premier League last summer, as Manchester City won the race for the most coveted centre-forward in Europe.

A record just short of a goal per game at Borussia Dortmund meant excitement levels were at fever pitch, but many predicted there would be a bedding in period. The likes of Timo Werner and Jadon Sancho are among the Bundesliga imports who failed to fire in England and while few predicted Haaland to flop, there were doubts over whether his remarkable record could be maintained.

If Erling Haaland starts every game and keeps scoring at his current rate (53’ per goal), he will score his 30th Premier League goal against Aston Villa on 11th February 2023.

One to keep an eye out for. 👀 pic.twitter.com/CBh0CWFQB7

As it turns out, placing a lethal forward into Manchester City’s chance-creating machine worked out pretty well.

Haaland has obliterated the division’s defences during a stunning start at the Etihad, one which has seen the Norwegian score 18 goals in just 12 league appearances. Just two players – Golden Boot winners Son Heung-min and Mohamed Salah – scored more in the Premier League last season.

His haul includes hat-tricks in three consecutive home games, the last of which saw Haaland become the first Manchester City player to score a treble against Manchester United in 52 years. Such has been his goalscoring genius, the race for the Golden Boot has been declared a procession. A reminder, it’s November.

Eddie Howe could be under pressure at Newcastle

Even given the impressive turnaround at Newcastle last season, there were some who suggested that Eddie Howe could soon find himself under pressure at St James’ Park.

The ambitions of the new ownership mean progress is demanded and just five Premier League managers had shorter odds to be the first sacked before a ball had been kicked.

Howe has instead proven that his transformation of the Magpies was no flash in the pan, with Newcastle having embarked on a brilliant start to the season. Newcastle have lost just once – a stoppage-time defeat at Anfield – and are third in the table heading towards the season’s pause.

They've gone from fighting relegation to being 3rd in the Premier League 👏📈 pic.twitter.com/7HbSFxVMwH

The Toon Army are dreaming of European football next season and Howe has addressed the initial doubts that proceeded his takeover. A questionable record in the transfer market and poor defensive statistics were question marks hanging over Howe, but his signings have hit the ground running and no team in the Premier League has a better defensive record this season.

Such has been his impact, only Pep Guardiola is now longer odds when it comes to the next manager to leave their post.

Arsenal to miss out on top four

Arsenal’s late season collapse last term saw the Gunners miss out on Champions League football, surrendering an advantageous position to fall out of the top four.

Five defeats in their final ten games pointed to a soft underbelly in Mikel Arteta’s side and there were many predicting Arsenal to again miss out on Champions League qualification. Just two of our writers predicted a return to Europe’s elite for the Gunners, with the added workload of Europa League football this season predicted to be a detriment to their chances.

Can Arsenal go all the way 👀🏆 pic.twitter.com/dnDggdQkk9

Arsenal have since compiled the club’s best-ever start to a Premier League campaign and the talk has shifted from a top-four challenge to potential title success. Arteta’s side have continued to win and encouragingly have done so in different manners. From hard-fought wins ground out at difficult venues, to fluid football that has blown away teams, the points have continued to rack up.

The Premier League season is a marathon and not a sprint, but there is no doubt momentum and confidence building in north London. The club’s young side have taken almost every challenge in their stride this season and possesses a fearlessness that can keep their run going.

Wins over Spurs, Liverpool and Chelsea have taken Arsenal to an early status as Manchester City’s leading contenders this season.