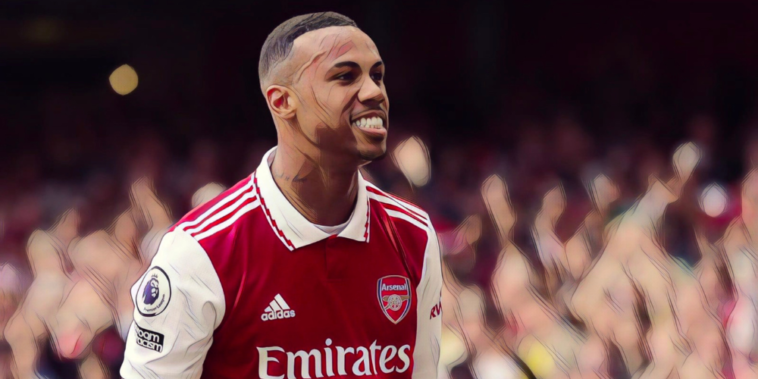 English football is home to international footballers from every corner of the globe, but not every top talent in the Premier League has been fortunate enough to represent their nation.

Here are five of the best uncapped players in the Premier League.

Gabriel Magalhaes was one of three Arsenal players overlooked for Brazil’s latest get together, with teammates and namesakes Gabriel Martinelli and Gabriel Jesus also absent from the Selecao.

The centre-back has been included in past squads but has failed to make an appearance for Brazil, who counted Thiago Silva, Marquinhos, Eder Militao and Bremer among their central defensive options for September’s international fixtures.

Gabriel was also forced to withdraw from the u23 squad that won Olympic Gold last summer, but will hope to earn a place in Tite’s plans if he can maintain his fine form at Arsenal. The 24-year-old finished as the leading scorer in the Premier League among defenders last season (5), while he has shone during the Gunners’ impressive early season form.

Mikel Arteta’s team are top of the Premier League after six wins from seven games, with much of their success built on the centre-back partnership of Gabriel and William Saliba. He ranks third in the Premier League for progressive carries out of defence this season (70), behind Ruben Dias (88) and Saliba (72).

Allan Saint-Maximin has made no secret of his desire to represent France, having featured for Les Bleus at every age group up to u21 level.

The 25-year-old is currently sidelined with a hamstring injury, one which brought a halt to a brilliant start to the season at Newcastle. The winger has scored once and laid on two assists in four Premier League appearances, which included a scintillating showing during the 3-3 draw with Manchester City at St James’ Park.

Saint-Maximin’s speed and skill was too much for Kyle Walker in a fantastic individual performance, one which saw the Frenchman take to social media to respond to calls for him to earn an international call-up.

“I hope Didier Deschamps had his Canal + codes” Saint-Maximin wrote in a now deleted response to a post regarding his performance against City.

He continued: “More seriously, obviously I am aware that the Blues [France] are at the very, very high level and that it requires a lot of things because there is already quality in attack! But what sure is that I’m determined to keep killing myself on the pitch to be part of it one day.”

Competition for a place with France is fierce, with the likes of Kylian Mbappe, Christopher Nkunku and Ousmane Dembele occupying attacking roles. The likes of Kingsley Coman and Moussa Diaby are among the names not even in Deschamps’ latest squad, but Saint Maximin has an x-factor to take multiple defenders out of the game with ease and will be on Les Bleus’ watch-list upon his return to fitness.

Wesley Fofana is another name who will be hoping for a France call. The centre-back has made a major impression since moving to the Premier League and this summer completed a £75m transfer from Leicester to Chelsea.

It’s a huge sum for a defender with limited experience in senior football, but Chelsea are confident that Fofana can develop into a top talent. He has won five caps for France at u21 level, but is yet to earn a call-up to the senior squad with Didier Deschamps boasting a depth of defensive options.

It’s an unenviable task for Fofana to break into the fold, but he reportedly remains confident of stepping up into the senior side. According to L’Équipe, Ivory Coast – the country of his father – are waiting in the wings should France fail to give the Chelsea centre-back a chance.

Ivan Toney remains one of the Premier League’s best uncapped footballers, despite earning a first inclusion with England during September’s international fixtures.

Toney was rewarded for his fine form with a maiden call-up this month, but was an unused member of Gareth Southgate’s squad for the Nations League clashes with Italy and Germany.

ROCKET!!! 🚀 Ivan Toney's freekick was the pick of the bunch in a brilliant Brentford performance on Saturday 👏

Should the forward be on the plane to the World Cup? 🛫 pic.twitter.com/AByc6Rc6tI

The 26-year-old has had a meteoric rise in recent seasons, winning the League One and Championship Golden Boot accolades in consecutive campaigns before impressing at Premier League level with Brentford.

He has scored 17 goals in just 40 appearances in the top division for the Bees, including five in just seven games so far this season. Toney’s game is well-rounded with both physical presence and an ability to stretch defences in behind and he will have been frustrated with his lack of opportunity during September’s break.

The task now will be maintaining his form at Premier League level as he looks to make the plane to Qatar, with the Bees’ forward competing alongside the likes of Tammy Abraham, Ollie Watkins, Dominic Calvert-Lewin and Callum Wilson for a World Cup place.

Joelinton’s transformation on Tyneside has got the midfielder dreaming of representing Brazil, having evolved from a figure of fun to a fan favourite at Newcastle.

The 26-year-old struggled during his first two seasons in the Premier League as the weight of expectation from a £40m club-record fee, alongside his use as a lone forward, led to a series of disappointing performances.

Labelled as a flop, a move to midfield last season saw Joelinton transformed into one of the most effective box-to-box midfielders in the division. His combination of bullish presence and work-rate has provided the Magpies with a new dynamism in central midfield, where he has shone alongside compatriot Bruno Guimarães.

He will now hope to follow Guimarães into the Brazil set-up, having opened up on his ambition to pull on the famous yellow shirt of the five-time world champions.

“Of course, getting in the Brazil team is an ambition,” Joelinton told the Northern Echo in August.

“It’s a dream. I hope I can do it. My game is getting better and if I keep doing that, I hope it can be a reality. Although, I’ve not heard anything from Brazil yet.”