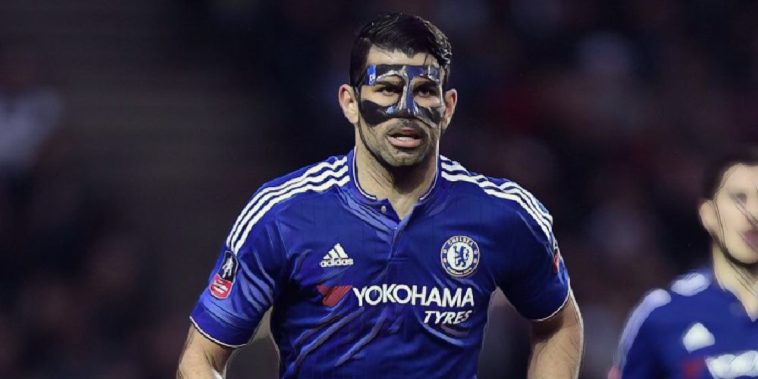 Chelsea meet Atletico Madrid for a place in the Champions League’s quarter-finals this week, the Premier League side holding a narrow one-goal advantage following Olivier Giroud’s moment of magic in their first encounter.

As the west Londoners prepare to host Spanish opposition on club football’s biggest stage, we’ve decided to look back at some of the most memorable Spaniards to have adorned Chelsea colours.

Some notable names have been left out of our five-man shortlist, with our focus on those who have performed best during their time at Stamford Bridge.

Here are five of the best Spaniards to play for Chelsea:

Chelsea’s club captain will be hoping to lead his side into the Champions League’s last eight this week, with the defender having become one of the Blues’ best pieces of business of modern times during a nine-year spell at Stamford Bridge to date.

Azpilicueta signed for the west London side from Marseille in 2012 and has since contributed to a wealth of silverware successes, winning two league titles and two Europa League trophies amongst his six major honours.

The 31-year-old was named as Chelsea’s Player of the Season in 2013/14 and has been a model of consistency throughout his time in English football, his versatility having seen him flourish in both full-back positions and as part of a back three.

Named as club captain following the departure of Gary Cahill in 2019, the ever-dependable defender has made 413 appearances for the Blues in all competitions, as well as being included in the squad for three major tournaments during a 25-cap career for the Spanish national side.

Given Juan Mata’s time on the periphery at Manchester United in recent seasons, it can be easy to forget what a magnificent footballer the diminutive Spaniard was during his brief spell at Chelsea.

Mata arrived in the Premier League in a £23.5m deal from Valencia and made an instant impact upon his arrival at Stamford Bridge, his debut season seeing the midfielder sparkle as Chelsea won an FA Cup and Champions League double – the star assisting Didier Drogba’s dramatic equaliser in the latter final.

The following season proved an incredible individual campaign for the Spanish star as he established himself as one of the Premier League’s leading lights, scoring 20 goals and providing a staggering 36 assists in all competitions as Chelsea won the Europa League.

Mata’s performances saw him named as Chelsea’s Player of the Season in consecutive campaigns, though the return of Jose Mourinho saw the playmaker fall out of favour before a £37m move to Manchester United.

Mata has shone on occasion during his seven years with the Red Devils, but the finest performances of his career came during a sensational period in Chelsea colours.

Cesc Fabregas starred as one of the division’s best creative talents during his time in the Premier League, spending periods with both Arsenal and Chelsea either side of a stint with boyhood side Barcelona.

Fabregas joined Arsenal as a teenager and became the club’s youngest ever debutant, making 303 appearances for the north London side before a £34m move to Barcelona, spending three seasons at the Camp Nou.

The midfielder returned to English football as Jose Mourinho secured his signing in 2014, the arrival of the Spain international – alongside compatriot Diego Costa and returning loanee Thibaut Courtois – turning Chelsea from contenders into champions.

Fabregas finished as the Premier League’s leading assist provider as Chelsea won the title in 2014/15, before winning a second championship two seasons later under Antonio Conte.

His career with Chelsea saw him win a clean sweep of domestic honours and the Europa League, Fabregas departing having provided 111 assists in England’s top tier, a figure bettered by only Ryan Giggs in the history of the Premier League.

Signed at the same time as Fabregas, Costa arrived from Atletico Madrid and quickly became a firm favourite of the Stamford Bridge faithful.

Not since the departure of Didier Drogba, who coincidentally returned to play a supporting role that season, had Chelsea had a centre-forward capable of battling against defences singlehandedly, Costa inspiring the west London side to Premier League success during the 2014/15 campaign.

The Spain international scored 20 league goals for the title-winners during that maiden campaign, before thriving once more with another 20-goal campaign as Chelsea won a second title in just three seasons in 2016/17.

Costa was the perfect spearhead during a successful period for the Blues, a player who provided huge goal threat and an effortless ability to unsettle centre-backs with pace, power and a good measure of shithousery.

He netted 52 goals in just 89 league appearances for Chelsea before rejoining Atletico Madrid after falling out of favour under Antonio Conte.

The fifth player to make our list of Chelsea’s best Spanish stars is Pedro, who arrived following a hugely decorated career with Barcelona before adding more major honours to a burgeoning trophy cabinet.

Pedro came through the academy system with the Catalans to become an integral part of Pep Guardiola’s side, winning 20 honours including five league titles and three Champions League trophies.

The winger netted on his debut at West Brom and developed a penchant for scoring important goals, winning the Premier League title during his second season as part of a front three alongside the aforementioned Costa and Eden Hazard.

Pedro’s hard-working style and ability to ghost into dangerous areas made him a key cog in the side for much of his five-year spell with the Blues, a period which saw him score 43 goals in 206 appearances.

Alongside a Premier League title success he won the FA Cup and Europa League, scoring in the latter final victory over Arsenal to become just the fifth player in history to have netted in finals of both the Champions League and Europa League.