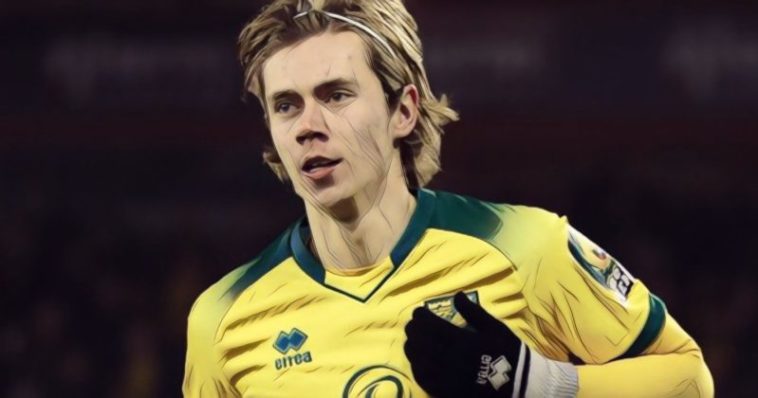 Daniel Farke and Norwich City shocked onlookers last season by securing promotion to the Premier League with a squad of relative unknowns.

Despite having lost James Maddison, Josh Murphy and Wes Hoolahan in the previous summer, Norwich finished top of the Championship table with 94 points from 46 games and ended up five points clear of Chris Wilder’s Sheffield United in second.

However, this season has not gone so closely to plan, with the Canaries bottom of the table and the Blades up in seventh. Farke’s team have picked up just four wins in the league all season and look destined for relegation in May.

A key reason behind the club’s promotion was their ability to identify and blood young, talented players and while the results have not come this season, there have certainly been some impressive performers that have proven their ability to make the step up.

A mainstay of Norwich’s promotion season Jamal Lewis has struggled for game time this term, but remains an exciting youngster to look out for. The 21-year-old joined the Canaries as a teenager in 2014 from Luton Town and first emerged under Daniel Farke during the 2017/18 campaign. The Northern Ireland international was outstanding during their promotion campaign last year, making 42 appearances and being named in the Championship team of the season. He has slipped behind the more experienced Sam Byram in the pecking order this term, but has still made 15 top-flight appearances so far.

Lewis’ key strength is going forward, where he can provide assists and link well with the winger and midfielders ahead of him. He is very comfortable on the ball and has good recovery speed, although he still needs moulding as an all-round defender. Given his age, this can definitely come and reports suggest he is already attracting interest from Crystal Palace.

Roy Hodgson has reportedly identified Lewis as a target following injuries to Jeffrey Schlupp and Patrick van Aanholt, although it is unlikely Norwich would look to sell this month. However, come the summer, especially if Norwich are relegated, Lewis would be a great option for a number of mid-table Premier League sides.

Working in a team that is more defensively solid he would be exposed less often and could add technique and athleticism from the left-back position. Lewis is also just 21-years-old and would likely be the cheapest of any of the young Norwich players that have impressed in the Premier League this season.

Since emerging under Farke last season, Ben Godfrey has been hugely impressive, despite playing in a leaky Norwich City defence. The 22-year-old joined the club from York City in 2015 and had only made a handful of appearances before developing into a starter last season due to injuries to Timm Klose and Grant Hanley.

Formerly a midfielder, it is Godfrey’s technique that really makes him stand out, while the fact he is left-footed is also a bonus given the dearth of quality left-footed defenders at the elite level at present. The England youth international is also 6ft tall and has an imposing frame, which allows him jockey opponents and win collisions very effectively.

With Norwich’s back four not given the greatest levels of protection Godfrey has often been left exposed since he came into the team, but unlike some of his centre-back partners he has the athleticism to play in such an open system. He is an excellent one-on-one defender, even if that was not evident recently when he picked up a red card for a rash challenge on Callum Wilson against Bournemouth, while he is also crucial in helping Norwich play out from the back, proving on many occasions how comfortable he is with the ball at his feet.

Given the demand for left-footed centre-backs, there will likely be a premium on Godfrey in the summer and despite being a player that has flown under the radar, there should be genuine interest from other Premier League clubs. Arsenal and Tottenham Hotspur are said to be keeping an eye on him, while Lyon and Borussia Dortmund have also shown an interest. With Nathan Ake subject to plenty of speculation and likely to attract bids this summer, clubs should consider Godfrey as another left-footed centre-back with high potential.

The final member of Norwich’s youthful defence to court attention, Max Aarons is another player that has impressed scouts around the Premier League this season. The cousin of former Newcastle United winger Rolando Aarons, Max joined the Norwich academy from Luton in 2016 before making his debut last season. In his first year, the 20-year-old was named in the Championship team of the season, alongside Lewis and Teemu Pukki, and has started 22 of the Canaries’ 24 Premier League matches this term.

Like Lewis, it is Aarons’ attacking play that has attracted interest, with his speed and dribbling ability a real highlight of his game. He is also very intelligent in possession and has been coached well by Farke to play the full-back position in a side looking to dominate the ball. Aarons could certainly improve his crossing and is yet to register an assist this season, while his stature means he can be targeted in the air. However, he defends well one-on-one and rarely gets exposed on the counter, despite his desire to get forward.

The England youth international has already been linked with a move to Tottenham Hotspur, but Norwich look determined to keep him in January. The East Anglia club have reportedly placed a £45m price tag on Aarons in order to ward off bids this month, but if Norwich are relegated Aarons will likely to be on the move in the summer. West Ham have also been linked and given the levels of quality and consistency he has shown this season, it would be no surprise to see other clubs show interest.

Even the most optimistic of Norwich City fans will have been surprised by the output of Todd Cantwell during his first season in the Premier League. The 21-year-old broke into the Canaries first team last season to good effect and managed 24 appearances, but was by no means a guaranteed starter and scored just the one goal. However, the academy graduate’s game has come on impressively this season, with the attacking midfielder registering six goals and two assists in the Premier League so far, while also appearing in all 24 of the Canaries top flight games.

Todd Cantwell has averaged a goal every 134 minutes against ‘big six’ sides in the Premier League this season.

While it is Cantwell’s goals that have caught the eye, what has been most impressive is the way he helps knit Norwich’s attacks together. The England youth international is very comfortable on the ball and can seamlessly drift from a wide left role into the centre or across to the right. He has built a strong understanding with Pukki up front and averages 1 key pass and 1.4 completed dribbles per match, making him one of Norwich’s most important attacking players.

Of course, Cantwell’s form has not come without attention and he has been linked with a host of big clubs this season already. Manchester City, Manchester United and Tottenham Hotspur are all said to be keen on his signature, with Norwich valuing the payer at around £30m. He is under contract at Carrow Road until 2022 so Norwich are not under any pressure to sell at the moment, but when he enters the final two years of his deal in the summer the Carrow Road club may struggle to hold onto one of the most valued assets.

Despite not having scored in the Premier League so far Emiliano Buendia has been one of Norwich’s outstanding players this season. The diminutive Argentinian has registered seven assists in 20 league starts and is averaging the fourth most completed dribbles of any player in England’s top division. He is also only second to Kevin De Bruyne in terms of average key passes per match in the league and at 23, he has not yet hit his prime.

Buendia’s key strength is his dribbling, with the former Real Madrid academy player excellent at extending attacks and wriggling out of tight defensive presses. He has built a fantastic understanding with Cantwell this season and the two often combine in order to release Pukki in front of goal. If he has a weakness it is perhaps his attitude and he has been shown to flair up easily on one or two occasions in the past, but he has certainly matured under Farke and is looking like a more complete player this season than he was last.

Despite Buendia’s impressive performances, there has not been much talk of other Premier League sides showing an interest in his signature. Buendia has reportedly attracted some interest from Aston Villa and Liverpool, but otherwise his form seems to have flown under the radar. However, given the huge fees quoted for other Premier League attackers such as James Maddison and Wilfried Zaha, top teams may turn to Buendia come July in a search for greater value in the transfer market.