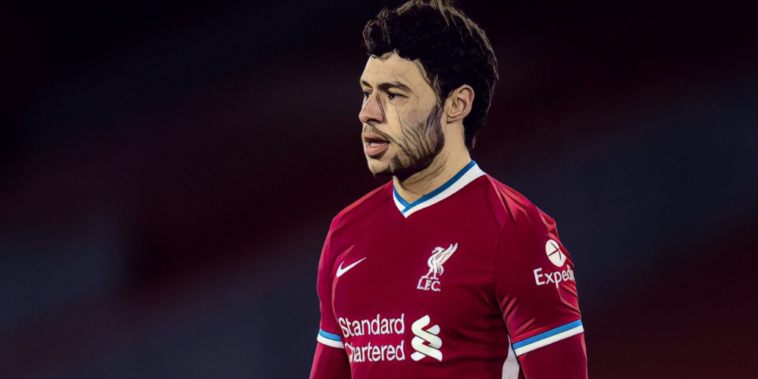 Alex Oxlade-Chamberlain could be one of a number of high-profile departures from Liverpool this summer, the midfielder having struggled for regular opportunities during the 2020/21 campaign.

Oxlade-Chamberlain signed for the Reds in a £35m deal from Arsenal four years ago and initially fought his way into Jurgen Klopp’s plans, impressing during the club’s run to the latter stages of the Champions League during his maiden campaign before sustaining a serious knee injury.

The England international has struggled to earn regular opportunities during an injury-hit period since, starting just two league fixtures this season to spark speculation of a move away.

The 27-year-old is reportedly attracting interest from a host of Premier League rivals and could be sold in order to raise funds, whilst the midfielder will want regular football following a frustrating spell on the fringes.

Crystal Palace are preparing for a summer of mass change, with the Eagles yet to appoint a new manager following the announcement that Roy Hodgson has stepped down from his position at Selhurst Park.

Palace also have a whole host of first-team players out of contract and it looks set to be a busy summer of activity for the club, who have been priced as 10/1 odds to sign the Liverpool midfielder.

Oxlade-Chamberlain would represent an upgrade on the club’s current midfield options as an ageing squad is overhauled, and the Eagles would give the star a chance to play regular football to boost his chances of an England recall.

Having spent six seasons at Arsenal it would also provide the midfielder a chance to return to London, closer to the home he shares with his partner in Surrey.

Aston Villa will be in the market for reinforcements this summer after a season of progression under Dean Smith, the club’s recruitment last term a major reason behind their positive campaign after last season’s battle against relegation.

Smith signed Ross Barkley on a season-long loan deal from Chelsea ahead of the 2020/21 campaign, but after an initial bright start the England international fell out of favour.

Oxlade-Chamberlain’s arrival could provide the spark from midfield that Villa have been seeking, the star’s ability to get forward in support of attacking players having seen him thrive during his best performances at Liverpool.

Villa appear a club on an upward curve at present and the 27-year-old could prove a fine addition to a side already boasting a strong core of home-grown talent.

Could Oxlade-Chamberlain return to the club where it all started?

The midfielder burst onto the scene at Southampton as a teenager, scoring 10 goals in 41 appearances for the then third-tier Saints before earning a £12m move to Arsenal.

Southampton started the 2020/21 season impressively before a disastrous second half to the campaign, finishing the season in 15th despite briefly topping the Premier League for the first time in their history in November.

Ralph Hasenhuttl will now assess the market for reinforcements and could be tempted by the availability of a former favourite, Oxlade-Chamberlain well-schooled in the high-tempo and energetic pressing play the Austrian favours.

Priced at 4/1 second favourites are Newcastle, who will be in the market for a midfielder this summer following the success of Joe Willock’s loan move from Arsenal.

Willock starred following his arrival in the January transfer window, finishing the season with a prolific run of form that saw him become only the second Newcastle player – after Alan Shearer – to score in seven consecutive Premier League games and the youngest in the division’s history to achieve the feat.

The 21-year-old’s showings appear to have ended the Magpies’ hopes of a permanent deal with Mikel Arteta suggesting Willock will be a part of his plans at the Emirates next term, leaving Newcastle in search of alternatives.

Oxlade-Chamberlain would appear a strong stylistic replacement for the former loanee, sharing Willock’s ability to ghost forward as a third-man running from midfield.

Reports have suggested Liverpool would be open to a deal in the region of £17m for the star who, if he can prove his fitness, could represent a shrewd signing for interested parties.

West Ham have been priced as 5/2 favourites to sign Oxlade-Chamberlain, the Hammers another side looking for midfield reinforcements to replace a successful loanee.

The 28-year-old has a year remaining on his current contract at Manchester United however, whilst there have been suggestions that West Ham are unwilling to match his wages of around £100,000-a-week despite a desire to secure a permanent deal.

Oxlade-Chamberlain will have noted the success of his international colleague and could seek a similar platform to revive his fortunes, having featured for just 246 minutes in the Premier League in 2020/21.

West Ham also have the added attraction of European football next season after securing Europa League qualification, whilst David Moyes has sought signings with a point to prove since returning to the capital.

Oxlade-Chamberlain certainly fills that quota as he looks to bounce back from a difficult period and find his form once again.