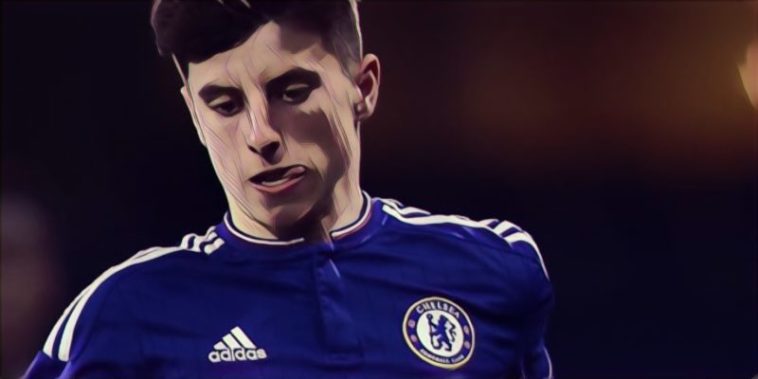 Chelsea’s two-window transfer ban has left the club needing to look at alternative ways to strengthen their squad this summer, with the West London side having to look from within as they bid to improve on last season’s third-place finish.

The Blues have enjoyed one of the most successful youth teams in Europe in recent seasons, winning five consecutive FA Youth Cups between 2014 and 2018 and back-to-back UEFA Youth League titles.

Despite the success, Chelsea’s academy graduates have struggled to establish themselves in the first-team at Stamford Bridge with only Ruben Loftus-Cheek and Callum Hudson-Odoi having played Premier League minutes last season.

Perhaps the greatest beneficiary of Chelsea’s transfer ban could be a player who has already made their first-team breakthrough?

The talented teenage winger has been stalling on signing a new contract at Stamford Bridge, with the 18-year-old wanting assurances over his opportunities before committing his long-term future to the club.

Having failed to engineer a move to Bayern Munich in January, Hudson-Odoi was handed his opportunity by Maurizio Sarri before suffering a ruptured Achilles in April.

That injury is likely to see him out of action until at least September, however with Eden Hazard’s departure to Real Madrid and Pedro and Willian both the wrong side of 30, Hudson-Odoi could establish himself as Chelsea’s chief creator.

The England international is a hugely promising talent who given regular first-team football could develop into one of the Premier League’s finest attacking players.

Having enjoyed three separate loan spells away from the club, young forward Abraham could finally be handed an opportunity at Chelsea.

The 21-year-old spent last season on-loan at Championship side Aston Villa, scoring 26 goals in all competitions to help fire the Midlands side to promotion. Dean Smith’s side are believed to be keen on bringing the twice-capped England international back to Villa Park this summer, however Chelsea’s lack of forward options are likely to see Abraham remain at Stamford Bridge.

Abraham’s previous experience of the Premier League saw him struggle somewhat at Swansea City, scoring just five goals as the Welsh club were relegated. Two spells in the Championship however have seen him demonstrate his finishing ability, having scored 48 goals in just 78 appearances in English football’s second tier.

Having returned to the Champions League next season Chelsea will be competing on four fronts, with just Olivier Giroud and fellow eternal loanee Michy Batshuayi as striking options. Neither player has fully convinced in a Chelsea shirt, and Abraham could seize his opportunity to establish himself next season.

The 20-year-old scored nine goals in 38 Championship appearances for Lampard’s side, and could offer Chelsea another creative option from midfield next season.

Mateo Kovacic’s return to Real Madrid following his loan spell at Stamford Bridge could open the door for Mount to make a first-team impression, likely competing with Ross Barkley and Ruben Loftus-Cheek for a place in the club’s midfield.

Loftus-Cheek is currently recovering from a lengthy injury, meaning the England U21 international could be handed his opportunity to impress during the club’s pre-season schedule.

The 19-year-old has been linked with a move away from Chelsea with a host of club’s interested, however, the England youth international will fancy his chances of making an impact next season.

Capable at both full-back and in midfield, James would provide competition for Cesar Azpilicueta with Davide Zappacosta and Victor Moses both tipped to leave.

A serious ankle injury suffered on England duty will halt his progress this summer, though the teenager should prove a valued member of Chelsea’s squad next season.

Another young Chelsea talent handed a first-team opportunity at Frank Lampard’s Derby County, young defender Tomori enjoyed an impressive season in the Championship being named the club’s Player of the Year.

Having been with Chelsea since the age of 7, the 21-year-old has made just one first-team appearance for the club, as a late substitute on the final day of the 2015/16 season.

Tomori has matured during loan stints at Brighton, Hull, and Derby, and could make a useful addition to Chelsea’s squad next season. Veteran defender Gary Cahill has left the club following a glittering Stamford Bridge career, whilst there are doubts over the long-term future of Kurt Zouma.

Everton are keen on a permanent deal for the Frenchman, following his impressive loan spell at Goodison Park last season.

Tomori could provide back-up and competition for the likes of Antonio Rudiger, Andreas Christensen, and David Luiz next season, with the young centre-back having proved he is ready for the demands of senior first-team football.

Read Also: The five favourites to become Chelsea’s next manager