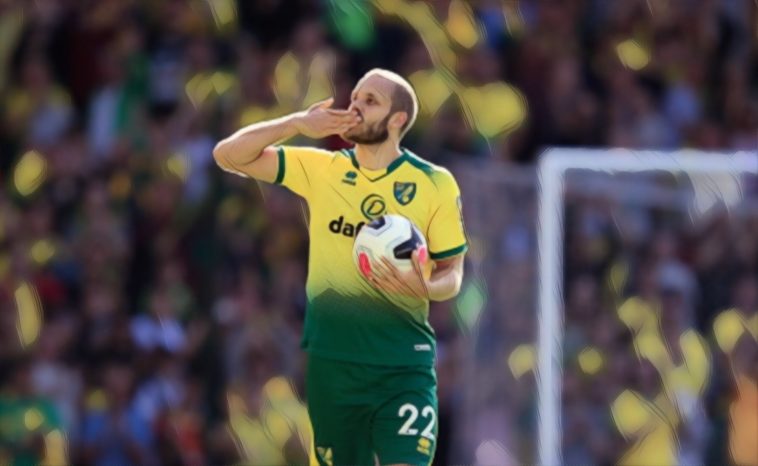 Some much-needed advice for your FPL team after the first few gameweeks of the Premier League season.

Have you given up yet? Everyone loves Fantasy Premier League… for the first week, at least. But once those scores come tumbling in, the drop off in interest after a bad points total is stark.

But you’re still with us, aren’t you? You haven’t quit yet, you’ve still got that prize money in the work league to fight for, and you’ll be damned if you let that tosser in middle management beat you to top spot.

You still need a leg up to get one over on your colleagues, so we’re here to bail you out. You already know about the Mo Salah’s and Harry Kanes of this sport, any spoofer could tell you to buy them in. But what about the so-called lesser players, the ones that won’t cost you a bomb.

Who is worth taking a punt and who should you avoid? Using underlying statistics such as expected goals (xG), expected assists (xA), big chances, and attempted assists, we went and found the best cheap options available in FPL.

Five cheap FPL players you need in your team:

Most of you reading this won’t need the advice to buy Teemu Pukki, Norwich City’s hat-trick hero from last weekend, but it’s still worth looking running through the numbers to see how viable the striker is as a long-term option.

SCOUT: Pukki had six shots on target against Newcastle, the most of any player in GW2

Over 450,000 #FPL bosses have already signed the Norwich forward ahead of GW3… pic.twitter.com/CMfzTxnI1L

The Finn has scored four goals after two games, putting him joint top of the scoring charts alongside Manchester City‘s Raheem Sterling. He has an xG of 1.3 so far, the highest of any player under £7.0, and although one would expect a regression to mean sooner or later, he has always been a great finisher who outperforms his underlying numbers.

The former Schalke player has taken seven shots on target, again the most of the ‘cheaper’ players, while he has also had two big chances and created three attempted assists. We don’t expect him to get a hat-trick every week, but at his current price, he is a must-have while the form is red hot.

Another Norwich player worth looking at that we have not profiled here is Todd Cantwell, a ‘false winger’ priced at £4.6, who has two assists and twelve points to his name.

Another cheap forward option, Ashley Barnes has continued the fine form he discovered in the second half of last season for Burnley into the current one.

Anyone looking at Ashley Barnes? On form and has decent run of fixtures? #FPL pic.twitter.com/chIPRBs3p0

In 2018/19 the Austrian international provided 12 goals and three assists, a personal best for the striker, and he’s already well on his way to at least equalling that tally this year having scored three times in the opening two fixtures.

Although Burnley are not classed as an adventurous team going forward, Barnes has made some serious hay in the past nine months and his stats so far are very similar to Pukki’s: 1.2 xG, two big chances, and six shots on target.

The Clarets have two tricky fixtures upcoming against Wolves and Liverpool, but after that they have a fairly friendly run of games which includes Brighton, Norwich and Aston Villa. With just 6.9% of FPL managers owning him, Barnes could be the ideal differential to get in your side.

Fixtures: Brighton (A), Norwich (H) and Aston Villa (A)

There are no guarantees with newcomers to the Premier League, and it is best advised to wait and see before spending a transfer on one. But Leandro Trossard could be the next FPL hero-in-waiting.

The Belgian winger arrived for €20m (£18m) this past summer, but seems to have fitted in just fine at Brighton. Already we can tell he loves coming in off the left wing and smacking the ball goalwards with his right peg. Any player who can fashion chances for themselves from distance is worth keeping tabs on.

We’ve only seen him in one game thus far, so buyer beware, but he already has one goal to his name, and should probably have had another after his strike against West Ham United was disallowed (in the days before VAR it definitely would have stood). In that tie he had an xG of 0.6 (which is pretty good for a wide player), two big chances and an attempted assist.

Everyone expected Brighton to struggle up top after managing to find the net less than once per game, but under Graham Potter the Seagulls look to be playing a far more expansive game in a 3-4-3 formation. Trossard is not a slam dunk just yet, but one to keep on your watchlist as a cheap alternative to Gylfi Sigurdsson, Ryan Fraser, etc.

You can never be quite sure what to expect with promoted teams — will they do a Wolves or will they do a Fulham? — and Sheffield United have certainly exceeded expectations in the first fortnight of the new campaign.

Our writers’ favourite to finish dead last in the league, Chris Wilder’s tactical strategy has thus far withstood the Premier League, as the Blades have taken four points from their games against Bournemouth and Crystal Palace. One man who has impressed for them is John Lundstram.

A midfielder by trade, the Liverpudlian is for some reason marked down as a defender by FPL, which means you can get a player who will be involved in attacking moves while getting the benefit of any clean sheet points. And all for the low, low price of £4.1.

There has already been a huge bandwagon on Lundstram with his ownership rising to just over 15%. He scored against Palace, has 0.4 xG from three shots, 0.6 xA from three attempted assists, and has created three big chances — and he also earned a bonus point in the opening day draw with Cherries, despite not scoring or assisting.

Sheffield have a glut of tough fixtures upcoming, but if nothing else, Lundstram is an ideal fifth defender to have on your bench.

We’ve only seen one appearance from the Real Madrid loanee, but that’s been enough for the Arsenal faithful to get very excited over what Dani Ceballos will bring to their midfield this season.

The Spaniard was exceptional in the Gunners’ win over Burnley last week, dictating play from deep and generally looking like the kind of midfielder they’ve been missing since Santi Cazorla became riddled with injuries.

There’s so many cheap players performing 💰

Maybe we can fit in 3 big premium players! #FPL

Although his average position was in the centre circle within their own half — not the greatest position from which to earn FPL points — he still laid on two assists for Alexandre Lacazette and Pierre-Emerick Aubameyang. He also took three shots and made four attempted assists, so it looks promising.

Arsenal’s upcoming fixtures are not ideal, with the two Champions League finalists right on the horizon, but at £5.6 he’s a lot better value than some of the template players from last year. I’ve bought in Ceballos myself to replace Fraser, but only as a means to afford Sterling. He could be the perfect fifth midfielder in your team, or with any luck an automatic starter.