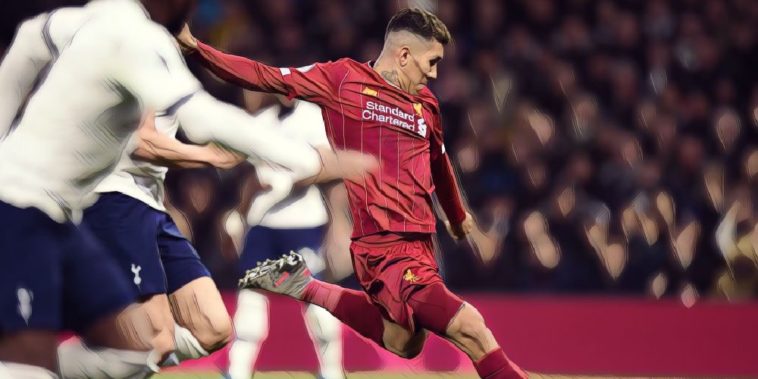 John Aldridge believes the form of Liverpool forward Roberto Firmino is a ‘mystery’, with the Brazilian international yet to score a home Premier League goal so far this season.

Firmino has scored nine goals in all competitions so far this season for Jurgen Klopp’s side, including the winner at Tottenham last weekend, though remarkably each of those goals have come in away fixtures.

The 28-year-old has struggled in front of goal at Anfield this campaign despite Liverpool‘s relentless form in racing clear at the top of the Premier League, and Aldridge, – who scored 63 goals in 104 appearances for the Reds – admits it is hard to find a reason for the forward’s struggles on home soil.

“One mystery for me this season has been the form of Roberto Firmino and his goal added another layer to the confusion,” Aldridge told the Irish Independent. “Firmino is still waiting for his first Premier League goal at Anfield and appears to have entirely different confidence levels in away matches.

“He has popped up with some of the most significant goals in Liverpool’s season with the winners at Southampton, Chelsea and Crystal Palace, as well as scoring the goals that secured the FIFA World Club Cup.

“Yet when I have watched him at Anfield this season, he has looked like a player horribly out of tune and struggling for confidence.

“That is a bizarre position to be in for a player who is such a crucial part of this incredible team Klopp has pieced together, with his goal at Tottenham fired home with impressive authority.

“He smashed that chance past Spurs keeper Paulo Gazzaniga to give Liverpool a lead against predictably defensive-minded Jose Mourinho team.

“It was a finish of a striker who had full belief in his abilities and I suspect that if the same chance came his way at Anfield, he may well have fluffed his lines.”