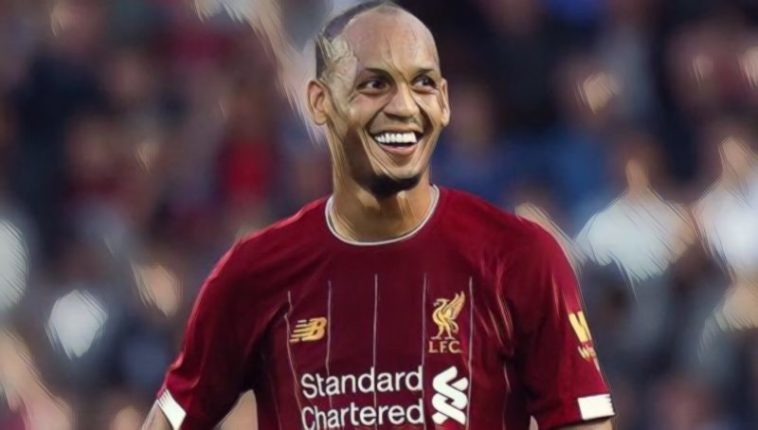 Liverpool’s Fabinho has admitted that he is ‘feeling good’ as reports emerge that the midfielder is in contention to return from an ankle injury for this weekend’s clash with Manchester United.

The Brazilian international has returned to training following a six-week absence through injury, the 26-year-old having not featured since suffering the problem in the club’s Champions League draw with Napoli in November.

After an extended period on the sidelines, Fabinho is now set to join in with the rest of Liverpool‘s senior side for full sessions this week, in what will be a huge boost to the Premier League leaders who have been beset by injuries in recent weeks.

The former Monaco man admits he is ‘feeling good’ as he continues his rehabilitation, reports suggesting the defensive midfielder could be in contention to feature when Ole Gunnar Solskjaer’s Manchester United side visit Anfield in a huge fixture this Sunday.

Speaking to Telefoot, Fabinho said: “My ankle is getting better, I trained by myself this week. I was working with the ball again. I feel good and confident.”

According to the Mirror, Fabinho is now ‘in contention’ to face United on Sunday, though it appears unlikely that will be thrown in for a start this weekend.

However, he could be in line to make his first appearance in the starting XI for the club’s trip to face Wolves on Thursday night or next weekend’s FA Cup fourth round tie against either Bristol City or Shrewsbury, the two sides meeting in a replay of their third-round tie tonight.