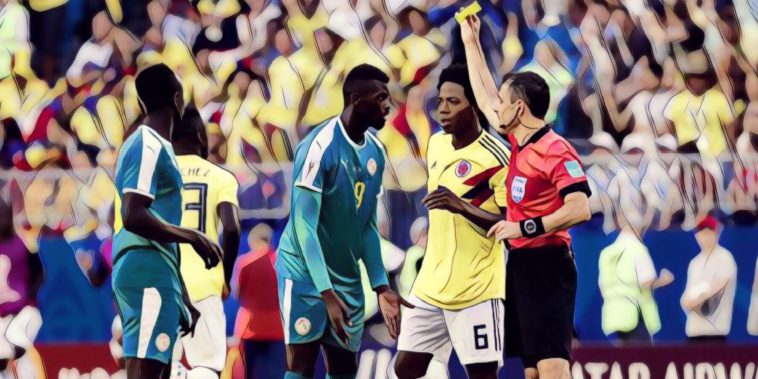 FIFA have insisted that they don’t see any need to change the controversial ‘fair play’ rule which effectively eliminated Senegal from this summer’s World Cup.

Senegal were in an excellent position to progress to the knockout stages of the World Cup until Colombia struck to turn Group H on its head.

Colombia’s goal would prove to be the winner of both the match and the group, and combined with the fact that Japan slipped to a defeat, would mean that they Senegal finished the campaign with the exact same statistics as the Japanese. They had the same number of points, same goals scored and same goals conceded, meaning that progression from the group stages would be decided by each respective teams’ disciplinary records

While Senegal amassed six yellow cards in their three group games, Japan picked up just two, meaning that the African side would be the ones to be heading home.

However, despite a number of people being unhappy at the rule which only came into force at the 2014 World Cup, FIFA have confirmed that they don’t see any need to go changing it as it stands:

“This is the first time (the fair play rule) has been used in a senior World Cup in this way. Obviously what we want to avoid is the drawing of lots,” said Colin Smith, FIFA’s chief tournament and event officer.

“We believe teams should go forward on their performance and what happens on the pitch, not what happens in a draw pool.

“This criteria was introduced to provide one more criteria before we would have to revert to the drawing of lots.”

“We will review after this World Cup,” Smith added. “We will see what the feedback is, what the situation is but as it currently stands we don’t see any need to change the rule that’s been put in place.”